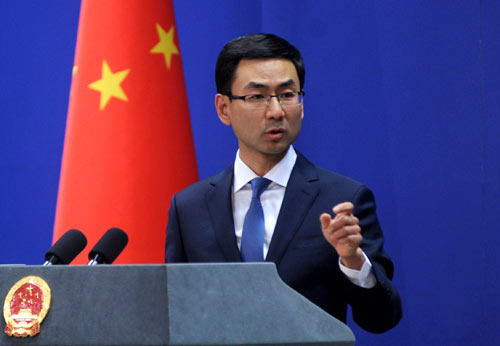 China welcomes the remarks made by Sri Lankan Prime Minister Ranil Wickremesinghe, and the two countries’ cooperation under the China-proposed Belt and Road (B&R) initiative has benefited both countries and their people, Chinese Foreign Ministry spokesperson Geng Shuang told a press briefing Thursday.

The comment came after a CNBC report saying Wickremesinghe had denied the claim that the country was ceding control of strategically vital ports to China. He also said he didn’t believe the country was falling into a debt trap caused by Chinese loans.

“China’s aid to Sri Lanka has never been attached to any political conditions. The B&R initiative will continue to contribute to regional development and connectivity in the future,” Geng said.