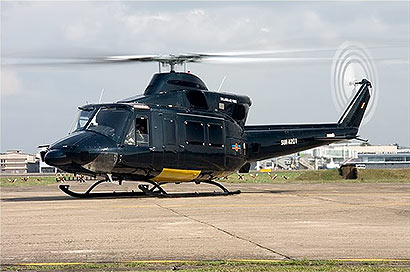 A Bell 412 helicopter carrying Air force personnel including a high ranking officer made a precautionary landing at grounds in Katupotha this morning, due to a suspected technical fault.

Speaking to Daily Mirror Online, Air force spokesman Air Commodore Andrew Wijesuriya refused to comment regarding the identity of the passengers on board.

We are now taking measures to rectify the suspected defect” he said. (Courtesy: DM Online)