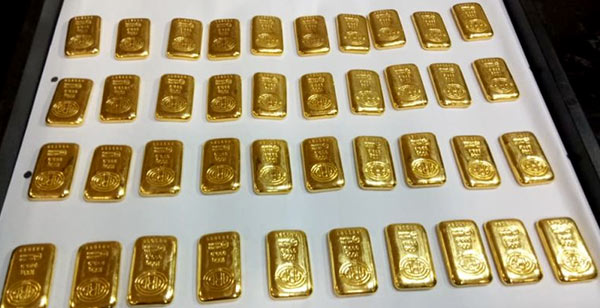 An airline staff member has been arrested at Bandaranaike International Airport (BIA) over an attempt to smuggle in gold biscuits.

An airline ground handling staff member has been arrested by Customs officials in this manner.

Reportedly, the said staff member had attempted to smuggle in 4 kg of gold biscuits worth Rs 32 million.

The suspect was identified as a resident of Wattala.

Further investigations are being conducted into the incident by the Airport Customs.

1 Response to Airline employee arrested with Gold worth Rs. 32 million