All public institutions to be solar power plants 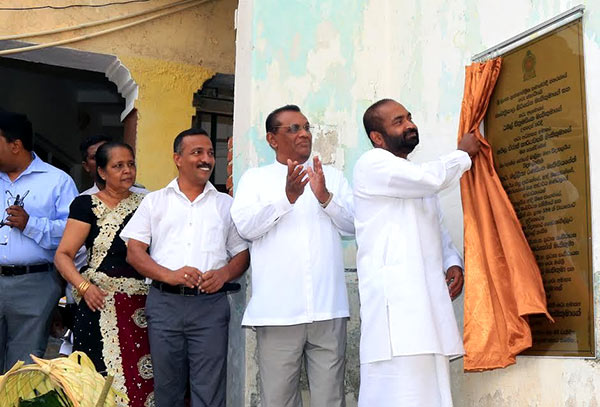 Minister of Power and Renewable Energy Ranjith Siyambalapitiya said that he has got the approval of the cabinet and the budget to establish solar panels on the roofs of all public institutions and thereby generate solar power.

He said that the ongoing ‘Surya Bala Sangramaya’ project targets to establish solar panels on the roofs of one million households and generate power. He also said that they are encouraging the people towards this target.

Minister made these remarks attending a ceremony to lay the foundation stone for the technology laboratory at the St. Josephs Balika Vidyalaya, Kegalle.

Home » All public institutions to be solar power plants