Ananda College, Colombo: 125 Not Out 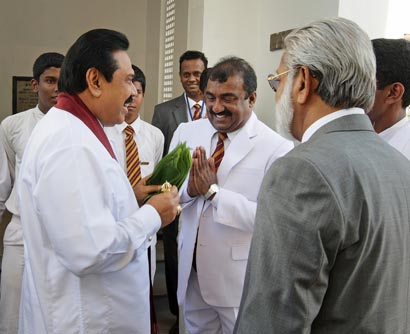 Ananda College, Sri Lanka’s premier Buddhist School, turned 125 years on 31 October 2011, and celebrated its historic anniversary under the patronage of President Mahinda Rajapaksa at the school premises yesterday on 29 November.  Having maintained its pristine glory for 124 years, Ananda College stepped into its 125th year, with an All Night Pirith Chanting Ceremony which was commenced on 31 October and continued up to the morning of the Founder’s Day on 01 November.  This was followed by a Dhana to 125 members of the Maha Sangha. Since then, the college held a series of events to mark its memorable anniversary which culminated with the main commemorative ceremony yesterday.

The President who arrived at the College as the chief guest participated in the ceremony after securing the blessings of the Ananda Vihare, the historical shrine room of the college. Later he was escorted in a colourful procession led by traditional dancers and students of the college to the Kularatne Hall where the main commemorative ceremony was held.

Ananda College entered history as the first Buddhist School to be launched by the Buddhist Theosophical Society led by Sir Henry Steel Olcott, an American citizen on November 01, 1886 against the Missionary education system, fulfilling a need of the era for a Buddhist education institution in the British colonial period. The school opened with 37 students in a private house at No. 61 Maliban Street, Pettah. C.W. Leadbeater was the principal. Initially it was known as English Buddhist School to make clear that the medium of instructions to Buddhist students was English who would otherwise have had to go to a missionary school to receive English education.

In August, 1889, the school moved to a more spacious place at No. 19, Prince Street. In 1895, during the period of A.E. Bultjens, it was named after Arahath Ananda, the most devoted disciple of the Lord Buddha and was relocated in Maradana as Ananda College. Since then the premier Buddhist educational institution in the country has produced notable alumni, including statesmen. It has produced erudite and patriotic sons who contributed in numerous ways to the progress of their motherland. The services discharged in every category by heroic Anandians on behalf of the country are invaluable.

Today Ananda College stands to be one of the greatest Buddhist schools in Asia, with a student population exceeding 6,000 in all 13 grades of secondary education on a land spanning 20 acres.

The keynote address of the celebrations was delivered by distinguished old Anandian Prof. J.B. Dissanayake. Principal L.M.D. Dharmasena, and President of the Past Pupils Association, former Parliamentarian Tilak Karunaratne recalled the past of the College. The Silver Coin issued by the Central Bank to mark the 125th Anniversary was presented to the President by the Central Bank Deputy Governor K.G.P.P. Dheerasinghe. Several Sinhala books authored by Prof. J.B. Dissananayake were also presented to the President. The commemorative song was composed by old Anandian, Nuwan katugampola and was sung by a group of popular vocalists who were also old boys of Ananda College. Prof. Sampath Amaratunge, another distinguished old Anandian delivered the vote of thanks.

Earlier in the day, Education Minister Badula Gunawardena declared open the Education and Research and Development Unit on the sidelines of the ceremony.

Past pupils including Defence and Urban Development Secretary Gotabhaya Rajapaksa, representatives of the Security Forces, Ministers, Parliamentarians, other prominent old Anandians serving in various fields, members of the OBA, teachers and students attended the ceremony. 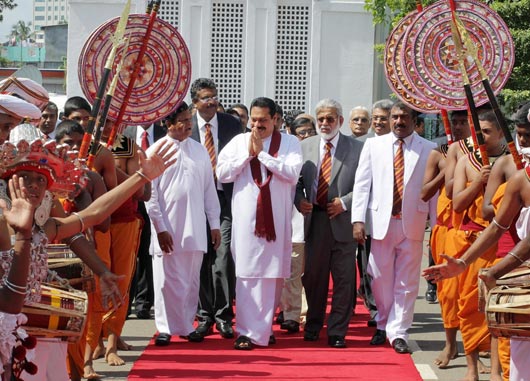 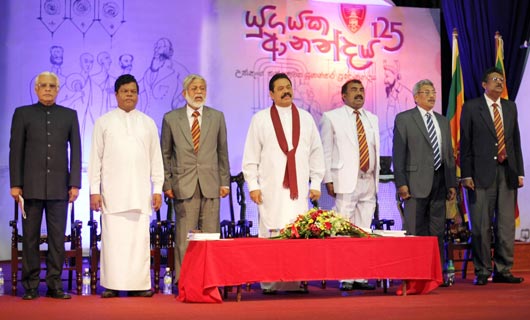 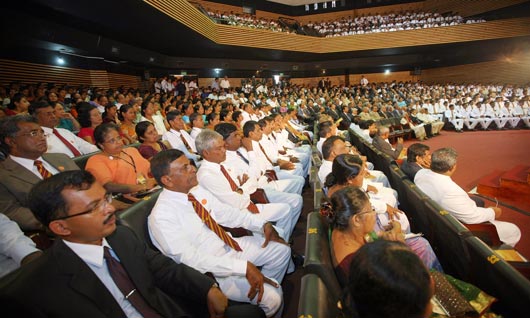 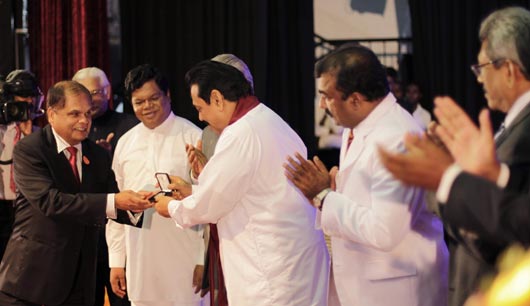 1 Response to Ananda College, Colombo: 125 Not Out