Anika Wijesuriya has fled country due to threats – AG’s Dept 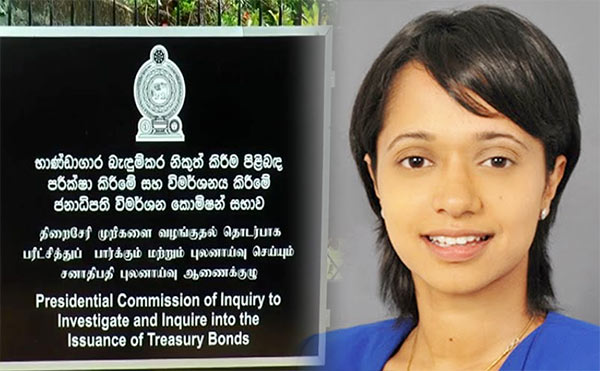 Anika Wijesuriya, who testified before the Bond Commission earlier on regarding the Penthouse apartment, in which former Minister Ravi Karunanayake resided, had left the country due to death threats allegedly made by Shanil Neththikumra, a relative of former minister Karunanayake, Attorney General’s Department officials informed the Bond Commission today.

They also said that Anika’s brother Wijith has also received death threats. The department officials also request from the Bond commission to investigate about the threats made by Neththikumara.