Annual Sri Dalada Perahara comes to an end: Diyawadana Nilame hands over the Sannasa to the President 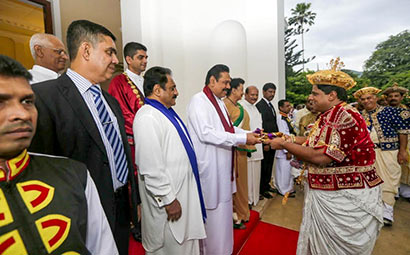 According to the traditional customs, Diyawadana Nilame (Chief Custodian) of the Sri Dalada Maligawa (Temple of the Tooth Relic) accompanied by the Basnayaka Nilames of the main four Devalayas reported the successful completion of the annual Esala Maha Perahera of the Maligawa and the four Devalayas. The Sannasa- Perahera Report (Scroll of Memorandum) formally announces to the President that the Annual Esala Perahera was held successfully in keeping with the age old traditions. The President thereafter handed over the Sannas Pathraya to the secretary to the President Lalith Weeratunga entered the shrine room with the Nilames and made offerings to the Lord Buddha.

A traditional ceremony was held under the patronage of the President to present awards and certificates of appreciation to artistes who participated in the Perahera. Speaking at the ceremony, President Rajapaksa extended his profound thanks on behalf of the Government and the people of Sri Lanka, to all those who were involved in the conduct of the Dalada Perahera in such grandeur and its successful conclusion. The President noted that the Esala Perahera began during the time of King Sri Kithsirimewan in the 10th Century AD to honor the Sacred Tooth Relic of Lord Buddha as Sri Lanka’s main cultural event and thanked Diyawadana Nilame Pradeep Nilanga Dela and the Basnayake Nilames of the Devala’s for conducting the Perahera in accordance with the unique traditions.

The President also said that his Government which has realised the responsibility of protecting and nurturing the Buddha Sasana in the country will continue to help develop Buddhist Vihara’s and other Buddhist shrines for the development and sustenance of Buddha Sasana.

The President also posed for a group picture with the Basnayake Nilames. The President and the First Lady thereafter gave food to two baby elephants, Mihin Raja and Abhaya Raja which are belongs to the Dalada Maligawa. 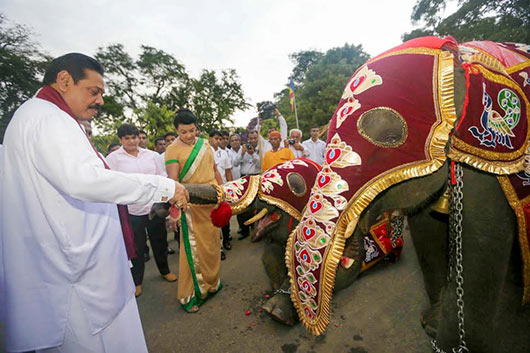 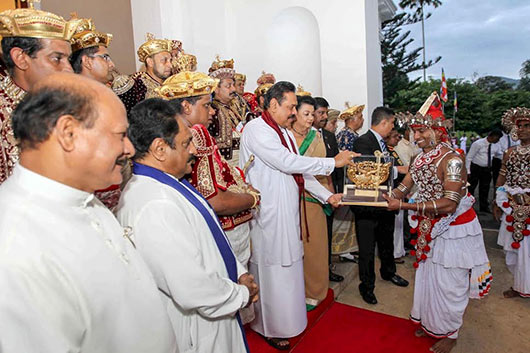 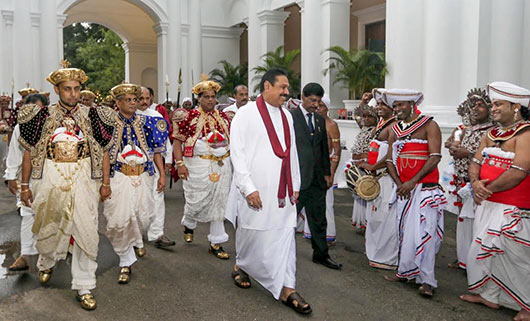 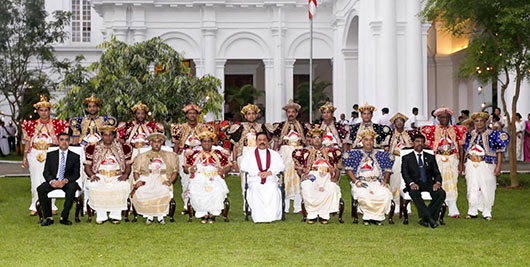 Home » Annual Sri Dalada Perahara comes to an end: Diyawadana Nilame hands over the Sannasa to the President