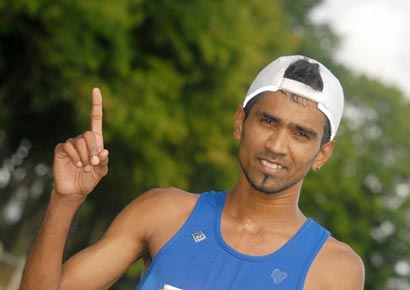 National badminton champion, Niluka Karunarathne, is the only other Sri Lankan sportsman so far qualified for 2012 Olympics to be held in London in July, this year.