Are we still friends? 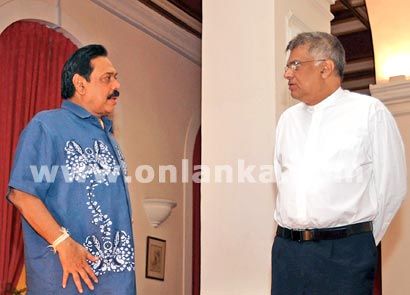 Opposition leader and the leader of the United National Party (UNP) Ranil Wickramasinghe met President Mahinda Rajapaksa at the Temple Trees this morning on 19th April. According to the President Media Sources this was the first meeting between President Rajapaksa and Mr Ranil Wickramasinghe since the General Election-2010 which was held on April 8. The meeting was arranged to discuss the appointment of the new speaker and the other matters in the new parliament.

The details of this special discussion were not released to the media. Therefore there is no indication whether both leaders discuss who will get new cabinet portfolios and the Prime Ministerial slot. 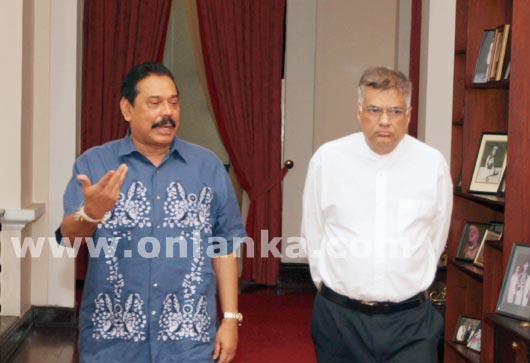 2 Responses to Are we still friends?

Home » Are we still friends?