Armed forces will be protected: Gotabaya 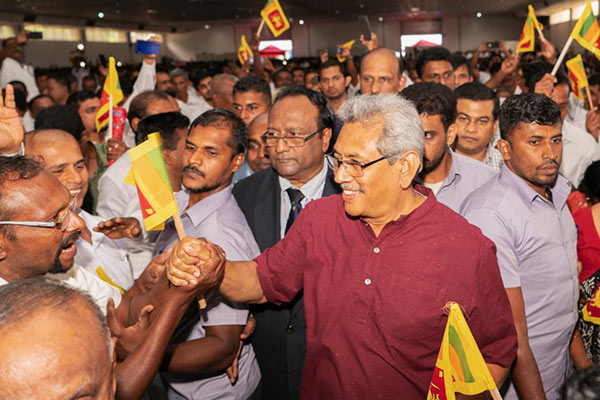 “I will protect and provide welfare to the armed forces under my leadership.”

Rajapaksa was speaking to families of soldiers at an event yesterday (25).

“Intelligence officers have been accused of human rights violations and have been imprisoned. The country’s intelligence service has been destroyed,” he said.

He said attempts were being made to take the troops before an international court and accuse them of committing human rights abuses.

He went on to say that western countries had raised concerns over Army Commander Shavendra Silva’s appointment. He said the appointment was a sovereign decision and that foreign entities need not interfere in the Country’s affairs.

“Ranil and Sajith will accuse you(army) over human rights violations but our Government will protect you,” Mahinda Rajapaksa said.

2 Responses to Armed forces will be protected: Gotabaya