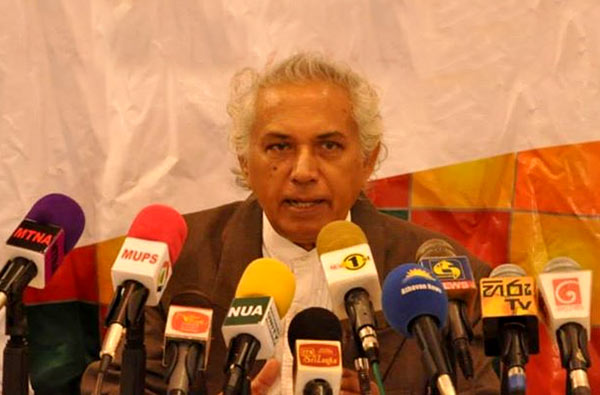 “According to the law, nobody has the right to take one’s life, when one does and survives the attempt, the individual is arrested and hospitalised. This should have been the case with Rathana Thera.

Police should have arrested him immediately.

How can he demand people to step down from any position? This is suicide. Any individual would be arrested, but why not Rathana Thera?.

He added a petition in the coming days will be issued to arrest Rathana Thera and submitted to the Inspector General of Police to take immediate action against him.Everybody in this country comes under one law, it applies to a monk as well.

While addressing the conference, statements were made of Athuraliye Rathana Thera had taken enough food supplements for a week to sustain himself for the fast and he had been eating without the knowledge of the people during the fast.