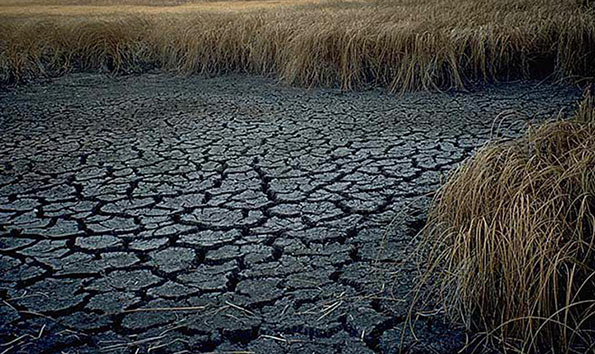 RAJANGANAYA, Sri Lanka – In mid-April, at the same time of year as their families have done for generations, Sri Lanka’s paddy farmers started cultivating their rice fields.

But this year, that may be too late.

President Maithripala Sirisena has warned Sri Lanka’ farmers that they may run out of water before their crops are ready to harvest. Devotion to tradition – in particular, planting spring crops after a traditional New Year’s holiday in mid-April – could now prove devastating, he said.

But many farmers are so far not convinced that old schedules need to change to match new climate patterns – a problem many countries around the world face as they try to adjust to changing weather patterns.

Ranjith Sumanadasa, 50, a paddy farmer from Rajanganaya region in Sri Lanka’s north-central province, has been cultivating his rice for close to four decades based on traditional timetables.

“I learned from my father that after the March harvest we will celebrate Avurudhu, and then prepare the fields around a week or two later, then the water comes,” he said. “There is no other way I know of.”

In early April, at a public rally in his native Polonnaruwa District, Sirisena explained how he had tried to convince Sri Lanka’s rice farmers to start cultivating a few weeks earlier than normal, to take advantage of recent rains that had filled some of the country’s reservoirs almost to capacity.

Sticking to the traditional timetable, he said, would mean losing much of that needed water to evaporation.

“I instructed the Water Management Committee to release water for paddy farmers as soon as possible,” Sirisena said on April 2. “But the paddy farmers remain unmoved. They want to start the cultivation after the (traditional) New Year.”

Rains during the last weeks of March filled some reservoirs in the north and central parts of the country. As authorities released water from hydropower reservoirs to generate electricity, they also sent some to the smaller irrigation reservoirs to water rice fields, in the hopes the farmers would take advantage and use it right away.

But farmers instead waited over two weeks before using it, Sirisena said. With the island experiencing temperatures between 2 degrees Celsius and 4 degrees Celsius above average, according to the Meteorological Department, some of that water was lost.

“Because of the hot temperatures we are losing hundreds of cubic meters of water daily due to evaporation,” the president told the gathering in Polonnaruwa District. “You have to reconsider getting into the fields before the end of the month,” he pleaded.

When Sirisena spoke to the country’s paddy farmers in early April, the main irrigation tanks in the north central and central provinces were at around 80 percent capacity. But by the third week of April – when farmers wanted to start watering their crops – the levels had dropped by 20 percent, officials said.

Water management officials estimate that close to 300 million liters of water were evaporating daily across Sri Lanka. That could mean trouble for the paddy farms, which cover over 10 percent of the country’s land area.

“You will have to bear responsibility if there is a water shortage mid-season,” the president told farmers.

To make matters worse, Sir Lanka has experienced below-average rains across most of the island through April, according to the Met Department. May is also predicted to be unseasonably dry.

In 2014, a similar spell of dry weather hit Sri Lanka’s rice farmers, resulting in a harvest of 3.3 million tons, 17 percent less than the year before. Although Sri Lanka’s farmers are aware of the shift in the country’s climate patterns — and the potentially dire consequences — many refuse to change the way they farm.

Sri Lanka’s paddy farmers have long followed a cultivation schedule based on two monsoon seasons: Maha, between November and March, and Yala, between April and October. Based on that timetable, paddy farmers begin to prepare their fields for cultivation only after Avurudhu, the Sinhalese and Tamil New Year that falls between April 13 and April 14.

According to Namal Karunaratne, national organizer of the All Ceylon Peasants’ Federation, the country’s monsoons used to bring around 4.5 million metric tons of rain each year.

But the seasonal rains have become unreliable, with one study by the Indian Institute of Tropical Meteorology suggesting rainfall over the Indian subcontinent has decreased between 20 and 30 percent over the last century.

“Our farmers are yet to get used to these changes. They are still used to the government providing water on time,” Karunaratne said. “They are not used to water management.”