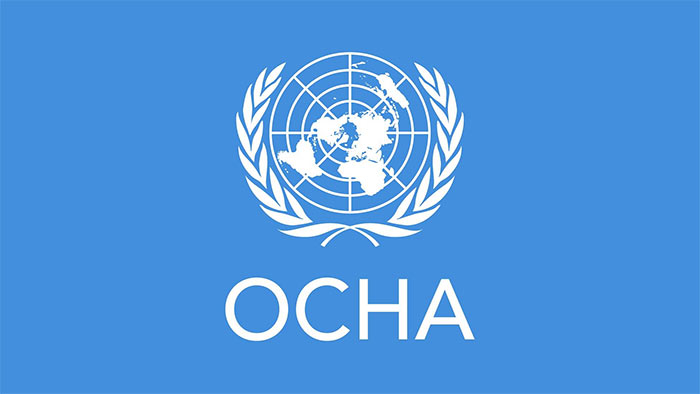 OCHA – United Nations Office for the Coordination of Humanitarian Affairs

At least 5.7 million people (26% of the population) in Sri Lanka require humanitarian assistance at the moment, the United Nations Office for the Coordination of Humanitarian Affairs (OCHA) says.

Without immediate humanitarian assistance and ‘upstream’ interventions to address the fragility of systems, services and facilities, this number will multiply and the consequences will deepen, the UN agency in its Needs Assessment Report for October 2022.

The three main priority needs at the household level concern food, health, and livelihoods. Other major priorities include psychological well-being and the education of children, the report added.

Sri Lanka saw consistent economic growth in the years that followed the end of the civil conflict in 2009, with the return of internally displaced persons and fewer people living in extreme poverty, demining, major infrastructural investments, the expansion of agriculture and fishing livelihoods, and further development of the tourism sector. The COVID-19 pandemic and other external factors, a weakened tourism sector, and a fiscal deficit have since caused the value of the Sri Lankan rupee to decline. In May 2022, the government defaulted on debt payments, became unable to import necessities such as fuel, and inflation rates spiked, triggering a range of impacts.

Food security and livelihoods have suffered directly because of the economic crisis, while access and availability of basic services such as education and healthcare, including hospital maternity care, and sexual and reproductive health services have been disrupted. Notably, in addition to the impact on education, child protection risks have risen. A serious decline in domestic agricultural output brought on by an unsuccessful agricultural transition to organic farming has deepened the crisis.

Unless critically damaged systems, services and facilities (crucially, the agriculture and fishing, health and social care, and education sectors) are urgently restored, it is likely that those who are already vulnerable will be pushed further down a pathway towards destitution. Householders and families across the country are already employing negative coping strategies, such as reducing meals, postponing medical care, taking children out of school and employing children to provide income, and depleting and selling their assets. People are now more often becoming the victims or perpetrators of crime and theft, people are migrating in search of employment, human trafficking is said to have increased, and families are breaking up.

This assessment offers insights into the humanitarian impacts of the crisis, primarily in the fields of food security and livelihoods, health and protection, and related areas at the community level, to help with strategic priorities, in line with the concerns of the International Red Cross and Red Crescent Movement (the Movement).

This assessment report includes an analysis and recommendations based on a face-to-face household-level survey of 2,871 respondents in 11 districts across nine provinces, a separate case study of 300 households from 10 estates in Nuwara Eliya, 24 focus group discussions (FGDs), 15 key informant interviews (KIIs), and an anticipatory analysis, framed by extensive secondary data.†

At the community and family level, the macroeconomic collapse in Sri Lanka has translated into a complex humanitarian emergency, as millions of people are increasingly suffering, with severe shortages of food, fuel, cooking gas, medicine, and other essentials.

The assessment found that household purchasing power is constrained by food inflation and that disruptions to livelihoods and food insecurity have increased, raising worries about malnutrition. People are suffering from poorer health because the healthcare system has become compromised. Household economic stresses have resulted in rising concerns over basic needs and protection for the most vulnerable (such as those already living below the poverty line, people with disability, and marginalised people).