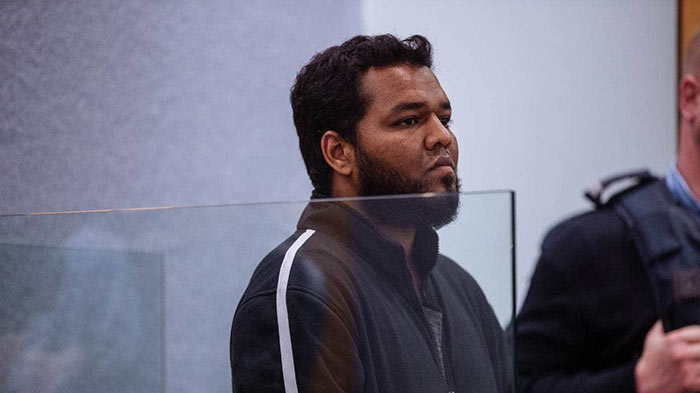 He was shot dead by police bringing an end to months of constant surveillance and years of growing concern over his extremist views. Catrin Owen reports.

Samsudeen, 32, arrived in New Zealand in 2011 from Sri Lanka on a student visa.

A Tamil Muslim, he came seeking refugee status claiming he and his father had experienced serious problems with Sri Lankan authorities due to their political background.

He claimed they had been attacked, kidnapped and tortured and said the pair were forced to go into hiding.

He was accepted, and his refugee status was granted on December 20, 2013, after a tribunal found he had a well-founded fear of facing harm if he returned to Sri Lanka. It also accepted he had been attacked, abducted, physically mistreated and humiliated in the past.

But on May 31, 2018, the Refugee Status Branch served Samsudeen notice of its intention to cancel his refugee status – meaning he would be deported back to Sri Lanka – after a string of incidents in which he posted extreme videos and pictures online.

Police first started investigating him in March 2016 when he shared videos and pictures of graphic war-related violence, and comments advocating violent extremism. He also posted comments in support of terrorists involved in other attacks.

He was formally warned by police in April and May 2016, and he apologised and closed down his social media account.

That account was reactivated in the July, and in October 2016, police were again alerted to his postings of extreme and violent material towards Muslims.

In 2017, he was arrested at Auckland Airport, where he was in possession of a one-way ticket for Singapore, after he told a person at an Auckland mosque he wanted to go to Syria “to fight for Isis”.

When police searched his home they found a large hunting knife under a mattress and further “fundamentalist material”. There was also a photograph of the man posing with a firearm and links saved on his computer to where firearms, crossbows and other military equipment that could be bought online.

When his refugee status looked set to be revoked in 2018, Samsudeen protested that decision, saying: “I’m very afraid of returning to Sri Lanka because I’m afraid of the authorities there, and the same risks and fears [that] I had when I left my country are still there in Sri Lanka. Also, young Tamil men face serious problems in Sri Lanka.

“We face arrest, detention, mistreatment and torture as we’re always under suspicions by the authorities because of the [Liberation Tigers of Tamil Eelam].”

At the same time, Samsudeen was before the courts charged with possessing Isis propaganda – charges he denied – but was later convicted of.

At the beginning of those court proceedings in 2018, Justice Edwin Wylie made a ruling under the Immigration Act 2009, prohibiting the publication of Samsudeen’s identity and status as a refugee due to his concerns about his safety if he was deported.

Later that year, he admitted charges of distributing material but an offensive weapon charge was dropped.

In September 2018, Justice Wylie sentenced Samsudeen to supervision on two representative charges of knowingly distributing restricted material. He was remanded in custody due to new offending while out on bail.

A month prior, he had been arrested for possession of a knife and possessing objectionable material – again Isis propaganda.

His Google searches and computer bookmarks from July and August 2018 included: Islamic State dress, New Zealand prison clothes and food, improvised explosive devices, heroes of Isis and an Isis-issued booklet on how to avoid being detected by Western security.

He also searched for a hunting knife and sought out the shop where he eventually bought it.

The shop assistant who sold him the knife told his High Court trial he entered the shop, which was usually by appointment only, and picked out a hunting blade.

He asked if it was sharp and if it rusted before examining it and asking for the $39 knife to be couriered to his home. The knife was never sent as he was arrested a short time later.

Samsdueen claimed he had always owned a knife for protection, and a similar hunting knife was seized in May 2017 after his first arrest.

During his offending on bail, a number of nasheeds (chants) and videos were accessed, all containing Islamic State material.

He also searched for articles referencing Imran Patel – the first person in New Zealand to be jailed for posessing Isis material.

At his latest trial in 2021, Samsudeen claimed his internet searches and videos were not evidence he supported Isis.

He again claimed the material was not objectionable and also told the prosecutor he could not remember if he had watched the videos, despite them being bookmarked on his computer.

“I told you … I have seen worse than that,” he said while referencing a video of people being decapitated.

Google searches of “Captive by the enemies of Allah” were only searched to check his spelling, he claimed.

“You put me in jail because I am a Muslim and you don’t like my religion. That makes you an enemy. Allah says you will be punished,” he said.

A jury found him guilty of possessing two nasheeds – which showed a single still image of a figure carrying a machine gun and the Isis flag with the lyrics referencing violent acts, including decapitation and terrorism.

The second explicitly encouraged terrorist attacks on other belief systems.

He was acquitted of possessing another objectionable publication – a seven-minute video showing people being killed – and found not guilty of possessing a knife without lawful authority.

The Crown originally sought to charge him under the Terrorism Suppression Act, but that application was declined on the grounds the law did not cover the planning of terrorist acts.

Justice Sally Fitzgerald sentenced him to 12 months’ supervision after finding he had an “operative interest” in a terrorist organisation, and a report writer concluded he “had the means and motivation to commit violence in the community”.

The High Court judge also set a number of special conditions which included him living at a West Auckland mosque, and restrictions on him owning and using devices with internet access.

He was directed to live at a West Auckland mosque, where the president “confirmed its willingness to help and support you on your release”.

Among his conditions was an order of a psychological assessment but, despite being in the community for almost two months, Stuff understands he was yet to be assessed.

He was also still on bail facing charges over the alleged assault of Corrections officers in June 2020, while on remand awaiting trial at Mt Eden Corrections Facility.

It is understood he got into an argument with Corrections officers, which resulted in one of them suffering a broken jaw.

He was granted bail awaiting trial for that offence, after authorities exhausted every legal power available to them under current law.

His lawyer, Kieran Raftery QC, argued Samsudeen had an anti-authoritarian stance towards police as he believed they were partly responsible for his lengthy remand in custody.

Raftery QC said Samsudeen believed if police had the ability to directly monitor his activities rather than a probation officer, it would be “setting him up to fail”.

A “culturally appropriate” probation officer was assigned to Samsudeen to try to ensure he was not aggravated by official intervention, “… with a view to giving the remaining aspects of his sentence of supervision an opportunity to succeed, and therefore to rehabilitate the defendant”.

Despite his history of offending and repeated links to extremist Isis ideologies, Prime Minister Jacinda Ardern said the only option open to police after he was granted bail was constant monitoring by specialist police teams.

She said the Government had sought to hurry changes to the terrorism laws in the months after the man was released into the community, and the justice minister made a phone call to make that happen the day the attack happened.

A bill to strengthen to the law has been in the select committee process in recent months, and a MPs had been hearing public submissions on how it should be written.

She said she now hoped to expedite that process and have law changes in place by the end of the month.

“The public have had their say, and now Parliament must act,” she said.