Ban on single use plastic, polythene from January 1 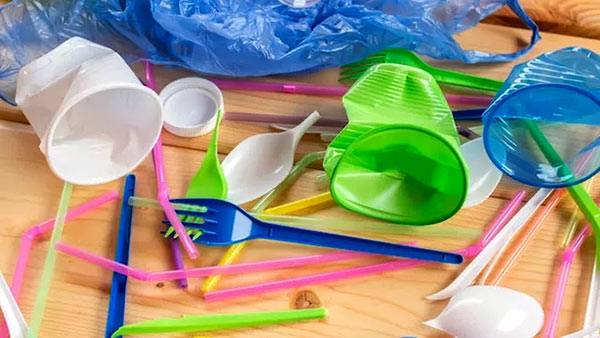 The Cabinet of Ministers approved a proposal made by the Environment Minister to ban single use plastic and polythene from January 1 next year, Co-Cabinet Spokesman Energy Minister Udaya Gammanpila said.

Speaking at the Cabinet media briefing held yesterday, Minister Gammanpila said that the regulations such as a ban on the production of polythene of 20 microns or less, a ban on the manufacture of polythene food wrappers, and a ban on the burning of polythene in the open environment have been enacted with effect from September 1, 2017 in order to reduce the environmental damage caused by polythene and plastics in the country.

Steps have also been taken by the Central Environmental Authority, to promote an alternative to the banned polythene while those regulations are in force.

The Cabinet of Ministers who convened on Monday (19) also agreed to introduce alternatives in reducing the single use plastic and polythene waste in line with discussions held with the stakeholders in managing polythene and plastic waste.

1. Prohibition of packaging of chemicals or pesticides in Poly Ethylene Terephthalate (PET) and Vinyl Chloride (PVC) containers and use packagings made of glass or other raw materials as an alternative.

3. Ban plastic cotton buds (excluding hygiene products) and use cotton buds made from biodegradable materials as an alternative.

4. Mandating to indicate the l-7 Codes Internationally recommended to promote the recycling of all plastic products.

7 Responses to Ban on single use plastic, polythene from January 1

Home » Ban on single use plastic, polythene from January 1