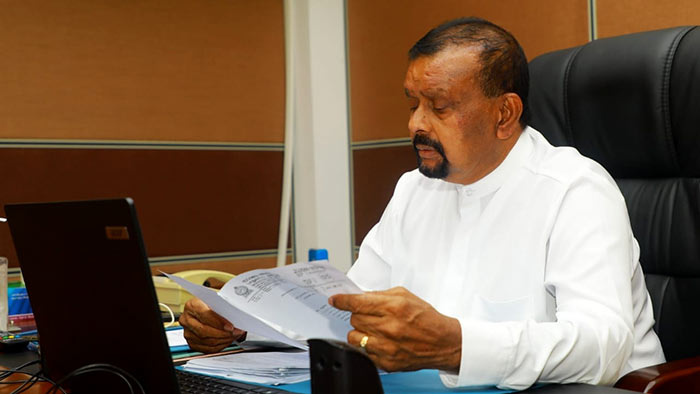 Finance Minister Basil Rajapaksa will present a revolutionary and unimaginatory  budget in November as his maiden budget, which would be like the Aladdin’s Wonderful Lamp, Minister S.M. Chandrasena said today.

He told a news conference that Minister Rajapaksa was holding discussions with all Ministers, parliamentarians and civil groups in that regard.

“Finance Minister Basil Rajapaksa will present his maiden budget in November. We know that he will present a revolutionary and unimaginatory budget which will be felt by the whole country as it had never experienced before,” he said.

He said Basil Rajapaksa had already taken constructive measures by cutting down the expenses of Ministries and that he was running the Finance Ministry with good intelligence.

“Basil took over the Finance Ministry when the country was facing an economic crisis amidst the pandemic,” he said.