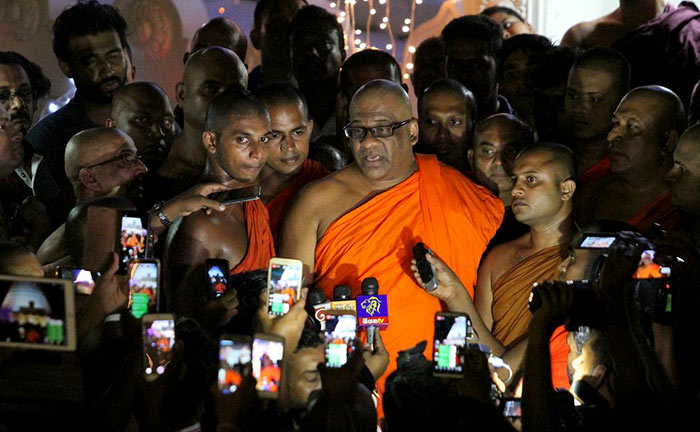 He was addressing the media at the BBS headquarters in Rajagiriya.
“So far, the Police have not arrested this man because he is giving out the names of many small fry. But he is the Leader of the ACTJ and he is the shark the Police need to arrest. He is the mastermind behind this. The Police should arrest Razeek first or we will find this man and do it for them,” he claimed.

The monk added that he has already given all the information on the alleged attacks on Buddhist temples by the NTJ to the Security Forces. He also said that the BBS’s first priority will be to eradicate Wahabbism, in order to prevent another turn of events such as the 21 April, Easter Sunday attacks.