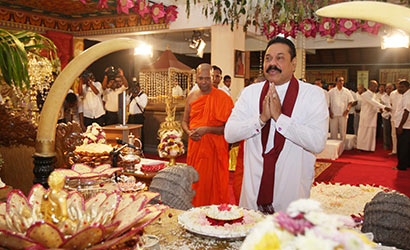 A special Ashirvada Pooja to invoke blessings for the success of the oncoming Commonwealth Heads of Government Meeting (CHOGM) in Sri Lanka was held at Sri Sambodhi Viharaya in Gregory’s Road, Colombo-7 on Saturday evening (19 Oct).

The Ashirvada Pooja was also held to invoke blessings on all Sri Lankans including the government led by President Mahinda Rajapaksa who participated in the religious observance. The event was organised by the Chief Incumbent of the Sri Sambodhi Viharaya Venerable Daranagama Kusaladhamma Nayaka Thera. Members of the Maha Sanga headed by Most Ven. Kotugoda Dhammavasa Anunayake Thera chanted Seth Pirith and invoked blessings on the President and the country.

The latest issue of the journal published by Sambodhi Vihara and indigenous variety of rice grown without using chemical fertilizer were presented to the President. Members of the Dayaka Sabhawa also presented the scroll related to the launch of the Buddhist news bulletin in ‘The Buddhist Channel’ which was launched under the guidance of the President.

Meanwhile President Rajapaksa visited Sri Dharma Vijayaloka Viharaya in Rukmale, Pannipitiya and called on the acting Chief of the Kotte Sri Kalyani Samagri Dhamma Maha Sangha Sabha Most Venerable Dr. Ittapane Dhammalonkara Nayaka Thera. The President visited Sri Dharma Vijayaloka Viharaya to look into the well being of the Nayaka thero and wished him good health and long life. The President also extended his greetings and birthday felicitations to the Nayaka thero whose birthday fell recently. The President also had a brief discussion with the Thera. Maha Sangha led by the Chief Incumbent of the Narahenpita Sri Abhayarama temple Ven. Muruttettuwe Ananda Thera were also present. 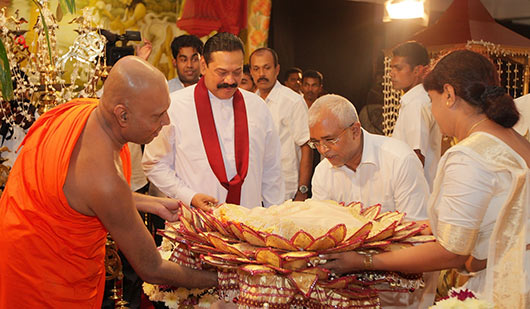 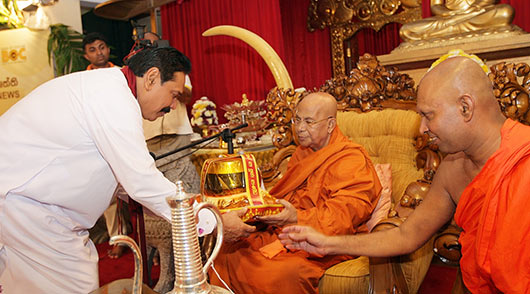 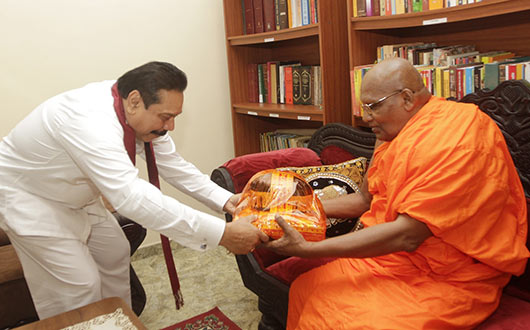 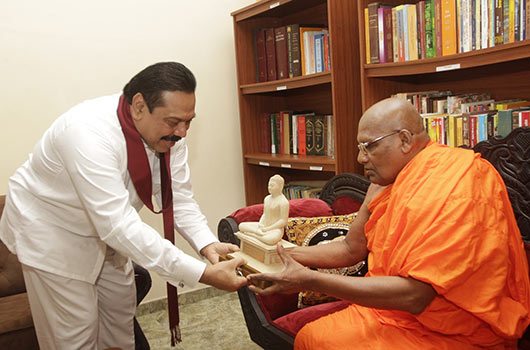 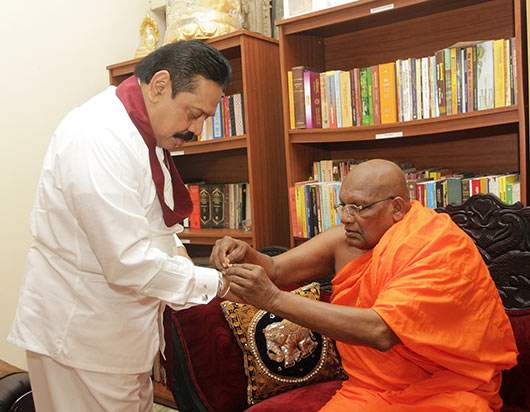