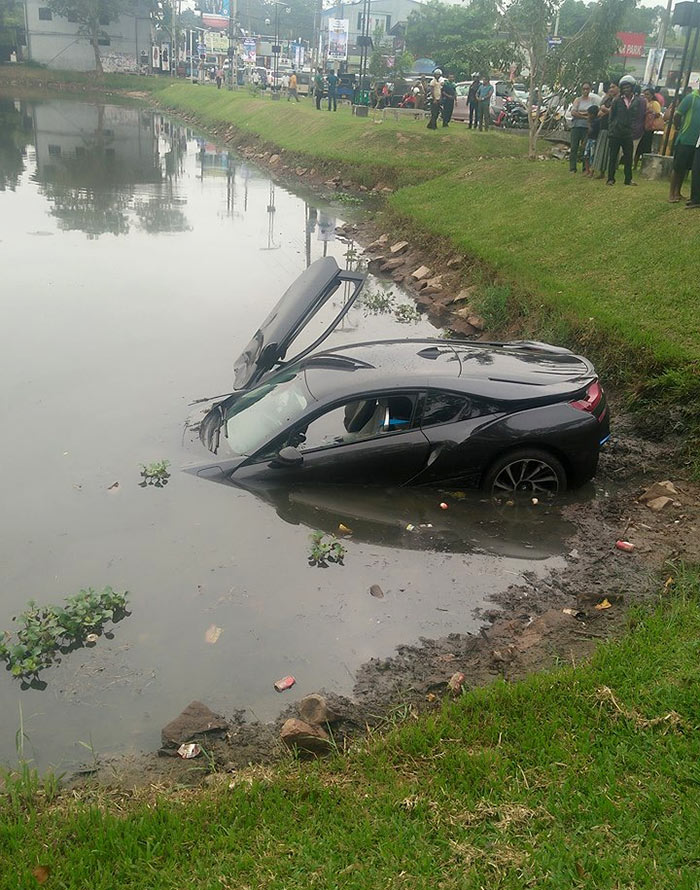 A BMW reportedly driven by the son of a senior UNP party official and Cabinet Minister crashed into two cars before plunging into a canal connected to the Diyawanna Oya in Thalawathugoda near Parliament yesterday morning and those in the BMW got into a three-wheeler and fled the scene, Police sources and eyewitnesses said.

No injuries have been reported to the passengers of the other two vehicles, though they suffered extensive damage.Until last night the driver of the BMW had not reported to the Thalangama police station, where the owners of the two vehicles lodged complaints. Later some people claiming to be friends of the driver arrived at the scene and disclosed that the vehicle was driven by the cabinet minister’s son.

The Sunday Times learns that a person claiming to be an accountant of a car sale company in Colombo 5 turned up and offered to reach a settlement with the owners of the two vehicles, but had not disclosed the driver’s name. The BMW was later taken to the Thalangama Police station. Police said investigations were underway but declined to give details. 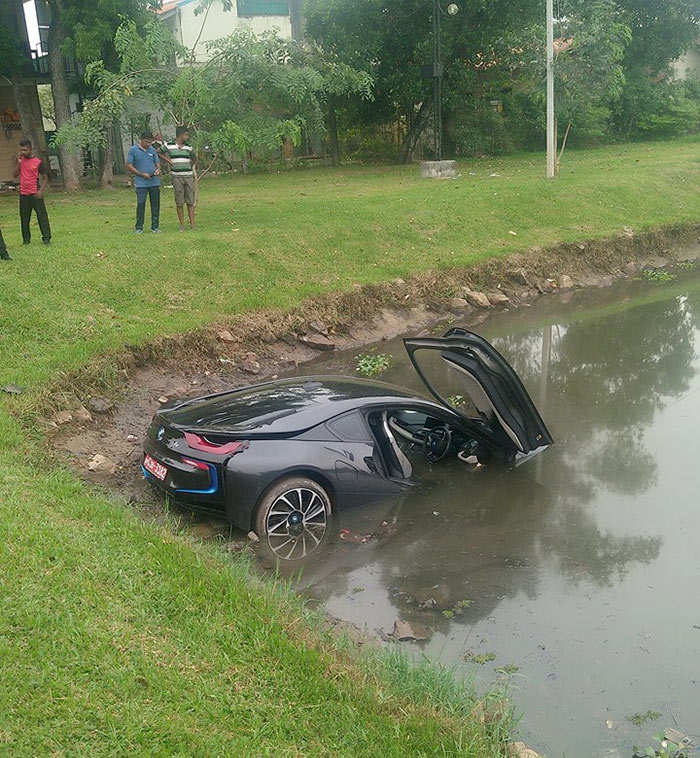 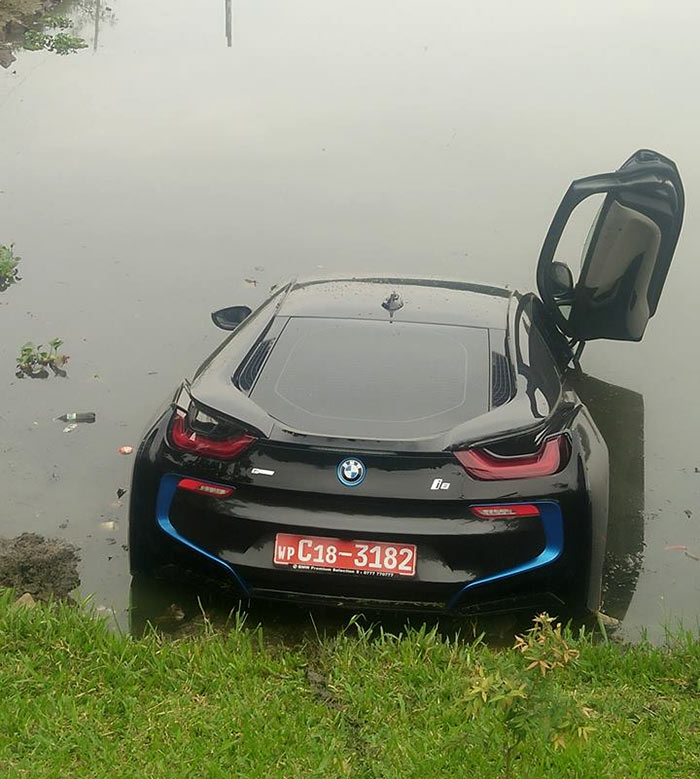 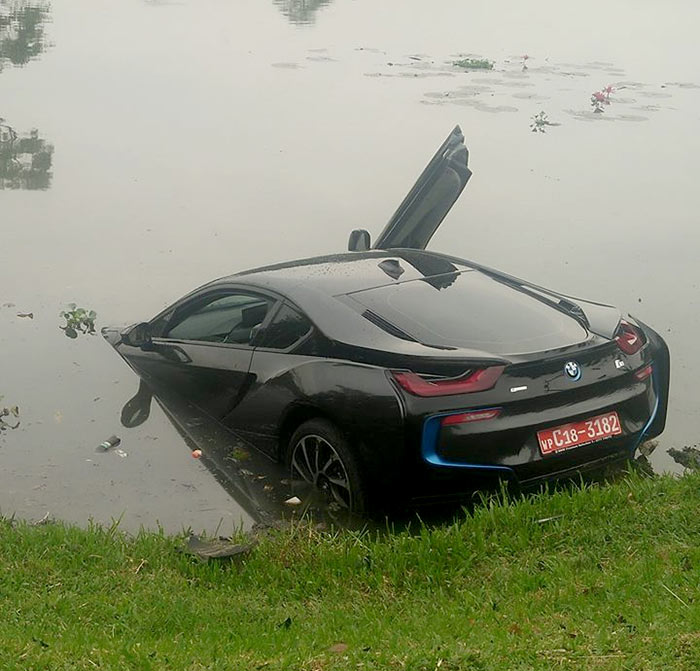