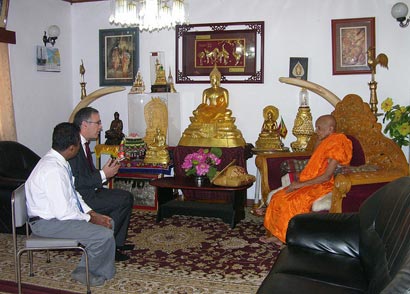 The British High Commissioner to Sri Lanka, John Rankin visited Kandy and paid respects at key Buddhist sites in the sacred hill city recently. He paid his respect to the Sri Dalada Maligawa (Temple of the Tooth Relic) and later visited the Asgiri and Malwatta Chapters to meet the Chief Prelates who are the custodians of the sacred Tooth Relic.  The High Commissioner paid respects to the Chief Prelate of the Asgiriya Chapter, Most Venerable Udugama Sri Buddharakkhita Maha Nayaka Thero at the Asgiriya Monastery and the Chief Prelate of the Malwatta Chapter, Most Venerable Thibbotuwawe Sri Sumangala Maha Nayaka Thero at the Malwatta Monastery.

As the High Commissioner made his visit during the famous Esala Perahera, the High Commissioner witnessed the Buddhist culture, glamour, vibrant colours, pageantry and tradition of the festival which is the oldest such street processions recorded in the world history. The High Commissioner also met the Diyawadana Nilame Nilanga Dela Bandara, the chief custodian of the Sri Dalada Maligawa during his visit.
The British High Commissioner said, “Kandy is a beautiful city, the heart of Buddhism in Sri Lanka and rich in culture and history.  It gives me a great pleasure to visit here. I was privileged to meet the venerable and learned priests at the Asgiriya and Malwatte Monasteries, who are also two of the three guardians of the Sacred Tooth Relic. The UK has great respect for the teachings of the Buddha, whose principles of dignity and respect for all have important relevance in today’s world, especially at a time when so many are seeking increased freedom and political rights.”

British High Commissioner, John Rankin further commented, “as the British High Commissioner, seeing treasured celebrations, such as the Esala Perahera, gives me a greater awareness and understanding of Sri Lanka, its different communities and the beliefs they hold dear. Believed to date back to the third century BC, the Esala Perahera is truly a piece of living history and I am glad to have had this opportunity to watch it in all its splendour.” 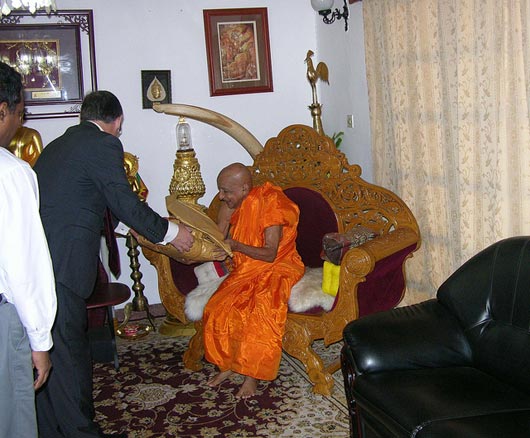 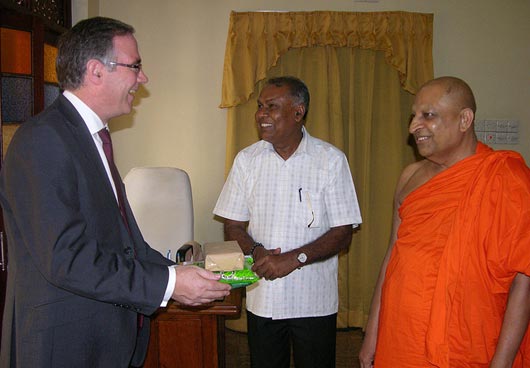