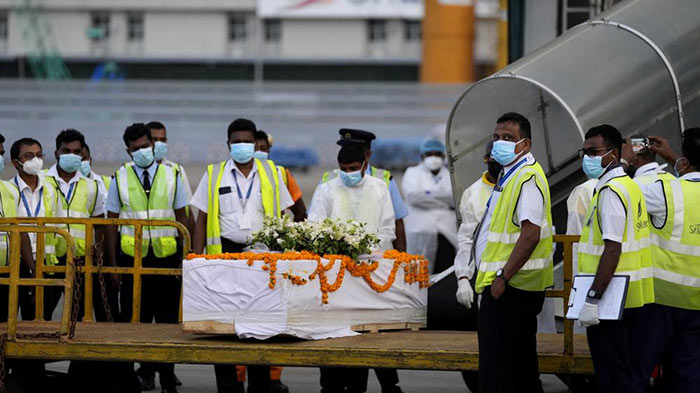 The Cabinet of Ministers today has granted approval to a proposal to provide a grant of Rs. 2.5 million to the family of Priyantha Kumara Diyawadana, who was murdered in Sialkot, Pakistan on Friday (December 3).

Accordingly, the proposal made by the Minister of Labour to provide a grant of Rs. 2.5 million on a humanitarian basis by the Employees’ Welfare Fund of the Bureau of Foreign Employment for the welfare of his wife and children who were devastated from his death considering his extensive contribution to the Sri Lankan economy over a period of eleven years as a migrant worker, was approved by the Cabinet of Ministers.