Can Canada tell when MP Rathika Sitsabaiesan is telling the Truth or Lying?

Truth or Lies is what Canada needs to ask of its MPs for Rathika Sitsabaiesan has been caught red handed telling absolute fibs. She says she was under house arrest, then she denies it but not before she ensures her party’s leader makes a buffoon of himself by demanding from Sri Lanka’s High Commissioner in Ottawa of Rathika’s house arrest. With the objective of maximum publicity achieved Rathika can go back to Canada and tell one lie after another about her ‘torture’ in Sri Lanka. The question is are Canadians foolish enough to believe her? But then a poll conducted in Canada finds that half of Canada believe its Prime Minister is a liar too!

Canada is a multicultural country, when Canada selects MPs and MPs forward their nominations they do so to serve the Canadians living in Canada, why would Rathika be on a witch hunt against a country she left and not returned to since 1984 at the age of 5? Did Canada vote for her to look into the affairs of Sri Lankan citizens in Sri Lanka?

Why is Rathika promoting a privately funded documentary on Sri Lanka by the Global Tamil Forum that is going round the world showcasing edited versions which have no evidence for the allegations being made but getting international awards for it? 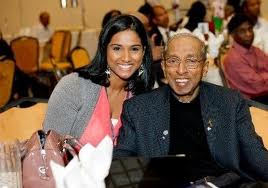 She proudly used the LTTE flag in her facebook account, a clear message that she was supporting the LTTE and removed the picture after becoming MP. Eelam Flag became part of her election campaign. 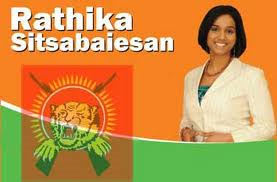 Lies have an ugly habit of generating into massive onslaughts and one lie they say leads to another. The spin Rathika spun on her clandestine visit to Sri Lanka resulted in the following caption over the Toroton Sun newspaper ‘NDP MP Rathika Sitsabaiesan held by ‘terrorism’ investigators in Sri Lanka: Report’. http://www.torontosun.com/2013/12/31/ndp-mp-rathika-sitsabaiesan-under-house-arrest-in-sri-lanka Numerous other online and print newspapers went to town as well. But then when Rathika retracted her previous version to say she was NOT under house arrest there was little news and certainly no apology to Sri Lanka by members of the ‘civilized’ world.

Some questions the NDP leadership need to ask of Rathika are

What the drama of Rathika in Sri Lanka revealed and exposed is important for it highlighted the dizzy lengths the Tamil-Eelam lobbyists are going to and we will not be surprised with a 300,000 so Tamil community they soon start demanding Eelam in Canada for they have had an easy endeavour putting Canadian White MPs into their pockets and to dance to their tunes.

Moreover, it would certainly be interesting to find out what would happen if a Sri Lankan MP were to go to Canada on a ‘tourist’ visa and find out how wonderfully the Canadians are looking after the human rights of indigenous Canadians, the real natives of Canada?

One good that has come out of the clandestine visit though it has exposed a lot of hypocrisies and lies….

Home » Can Canada tell when MP Rathika Sitsabaiesan is telling the Truth or Lying?