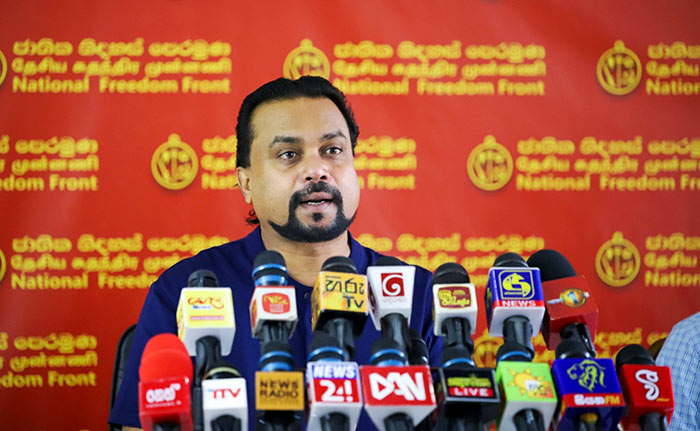 National Freedom Front (NFF) Leader, Minister Wimal Weerawansa questioned what political fronts, alliances or parties could be formed with a politician of the calibre of SJB MP Patali Champika Ranawaka, who is willing to live in any political cesspit for his benefit.

He said, the SJB MP who had at one time vituperatively criticised UNP Leader Ranil Wickremasinghe, has the gumption to hail the latter as a modern-day political visionary.

Weerawansa was speaking at a weekly political discussion with a private television station last Monday,when he was asked for his response to the speculation that the NFF Leader was preparing to form a new political movement with the ex-JHU General Secretary.

The Minister said Ranawaka was nothing but a political opportunist who was prepared to step into any cesspit to further his own political agenda and asserted the SJB MP’s character has been fully understood by the electorate.