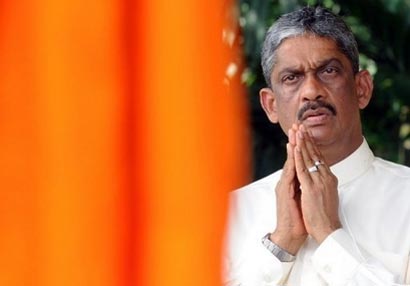 Chief monk of Malwaththe chapter Thibbotuwave Sri Sumangala did not utter a word against retired General Sarath Fonseka’s recent statement to the BBC Sinhala Service stating that he was willing to give evidence as a witness at a War Crime Tribunal and he will not defend any one who committed war crimes and would definitely expose all those who have done so. However this chief priest along with few others is now making a huge noise after the arrest of retired General Sarath Fonseka. Isn’t this ludicrous?

As many citizens in Sri Lanka are aware, chief priest Thibbotuwave Sri Sumangala has always been a good supporter of Ranil Wickramasinghe and has never supported any activities in the past to counter separatist LTTE activities or helped the poor Singhalese in the East who used to suffer from atrocities of the LTTE. However after seeing the strong wave of support for the President Mahinda Rajapakse upon defeat of the LTTE in last May’09, he made a statement that Hon Mahinda Rajapakse should rule the country for the rest of his life.

I would like to ask Ven Thibbotuwave Sumangala and few of his colleagues whether a President and his government should act like deaf and dumb when some one who has commanded the armed forces of the country openly makes treacherous statements against the great soldiers who sacrificed their lives and limbs to protect their motherland. Do these monks love their political parties or individuals than their motherland? If so, ordinary laymen who voted the President during the last election are much more superior in their qualities than these monks.

Many Sri Lankans are aware that although these leading monks of the Malwaththe chapter are rich and doing business (Maiwaththe Chief Monk owns a leasing car business too and many who visit Sri Lanka lease cars through him), they have never supported the national cause financially.

When great monks of the Jathika Hela Urumaya were in the forefront with President Mahinda Rajapakse to defeat the LTTE, I doubt whether they at least supported them by words.

People in Sri Lanka who have given a clear mandate to President to Mr Mahinda Rajapakse at the last general election should send a strong a message to this chief monk and the others who tow his line that in this 21^st century, Singhalese people in Sri Lankan cannot be deceived by a few just because they don the yellow robe. As lord Buddha has preached one can be superior only by their actions but not their positions.