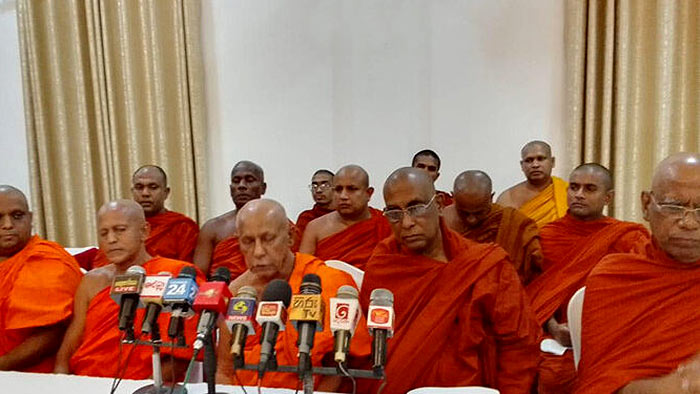 The Chief Prelates have once again issued a joint statement calling for immediate action to be taken to ensure political, social, and economic stability in the country and to safeguard the public.

The Chief Prelates issued a letter to the President, Prime Minister, Leader of the Opposition, and all Members of Parliament yesterday (May 07).

The Chief Prelates reiterated that all political parties must work together to build an all-party interim government consisting of intellectuals.

The Chief Prelates expressed their displeasure and regret over the failure of public representatives to intervene and discuss the series of proposals directed by them on the 4th and 20th of April, to bring about political stability in the country.

At a time when the people are in dire straits, the Chief Prelates questioned the legitimacy of public representatives who are wasting millions of public funds and enjoying unlimited privileges in order to achieve political objectives.