China may put South Asia on road to debt trap 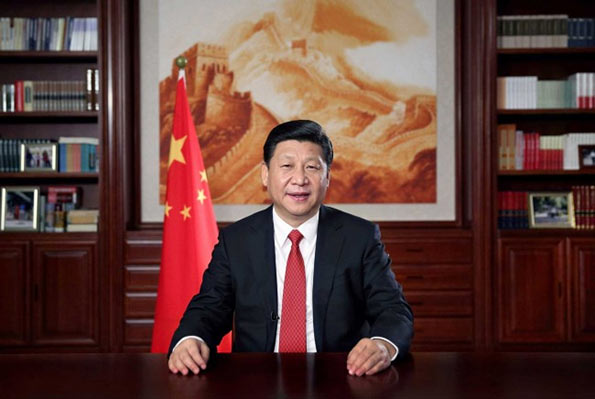 China’s grandiose global connectivity initiative — One Belt One Road (OBOR) or Belt& Road Initiative (linking China with Europe via SE Asia & C Asia through land & sea links) — which is set to receive a formal endorsement at the May 14-15 international meet (OBOR MEET) has the potential of adverse economic implications for countries in South Asia as reflected by the situation in Sri Lankan that has run into a huge debt trap by welcoming Chinese-funded projects.

While the Lankan PM is expected to attend OBOR among 28 other leaders from across the continents, Colombo is running up huge financial losses owing to high interest rates charged by Chinese lenders for the mega infrastructure projects which will now be part of OBOR. Pakistan is no better either as the huge sum of over $50 billion for China-Pakistan-Economic-Corridor can spell doom for an already faltering Pakistani economy.

Debts are turning into equity and finally ownership for Chinese firms that will not only adversely impact Sri Lankan and Pakistani economies but also create security implications for India due to China’s constant presence in the periphery. This has major lessons for Bangladesh and Nepal where China has assured to invest billions. While Bangladesh is skipping the OBOR meet, Nepal has downgraded its participation at the meet from the level of President to Deputy PM.

Sri Lanka’s growing economic engagement with China has generated concern among scholars and policymakers. China has provided Sri Lanka with over $5 billion between 1971 and 2012, and most of this has gone into infrastructure development, with China investing $1 billion into a deep-water port at Hambantota and billions into the Mattala Airport, a new railway and the Colombo Port City Project.

As a country emerging from civil war, infrastructure is crucial in facilitating Sri Lanka’s trade and foreign investment sectors. The World Bank forecasts that Sri Lanka’s GDP is likely to grow from 3.9% in 2016 to around 5% in 2017.

Sri Lanka has borrowed billions of dollars from China to build domestic infrastructure. Sri Lanka’s estimated national debt is $64.9 billion, of which $8 billion is owed to China — this can be attributed to the high interest rate on Chinese loans. For the Hambantota port project, Sri Lanka borrowed $301 million from China with an interest rate of 6.3%, while the interest rates on soft loans from the World Bank and the Asian Development Bank (ADB) are only 0.25–3%. Interest rates of India’s Line of Credit to the neighbouring countries are as low as 1%, or even less, in some cases. Sri Lanka is facing debt crisis or ‘debt trap’ as some scholars describe it.

Sri Lanka is currently unable to pay off its debt to China because of its slow economic growth. To resolve its debt crisis, the Sri Lankan government has agreed to convert its debt into equity. This may lead to Chinese ownership of the projects finally.

The Lankan decision allowing Chinese firms 80% of the total share and a 99-year lease of Hambantota port caused public outrage and violent protests in Sri Lanka. In addition, Chinese firms have been given operating and managing control of Mattala Airport, built with Chinese loans of $300-400 million, because the Sri Lankan government is unable to bear the annual expenses of $100-200 million. Experts here told ET that such arm twisting of democratic regimes in Lanka to get projects runs contrary to the Chinese position against regime changes in other parts of the world.

Having access to the Hambantota port and Mattala airport provides Beijing with a strategic military position in the event of an Indian Ocean conflict and is also key for its ‘Belt and Road’ initiative. The growing Chinese influence may also compel Sri Lanka to support China’s position on the South China Sea dispute and ‘One China’ policy.

Pakistan is heading towards a similar crisis if not worse, according to experts who study China-Pakistan-Economic-Corridor closely. China’s masterstroke in inducing Pakistan into mortgaging Pakistan’s present and future economic prosperity has been achieved by Chinese President Xi Jinping’s announcement in 2015 of the much flaunted $46 billion China Pakistan Economic Corridor (CPEC). The Chinese promise for CPEC has now crossed $50 bn and this may turn Pakistan into a client state of Beijing in the real sense of the term, according to a formal official who has served in China and India’s neighbourhood in the past.

Projected by China as a Chinese master blueprint for economic transformation of Pakistan, it is a merely a strategic Chinese blueprint for China’s colonial control of Pakistan in perpetuity, strategically and economically. Pakistan is being made to take heavy loans from the Chinese banks at high rates of interest to finance the CPEC, and some experts said that Pakistan would take nearly 40 years to pay back these loans. Key voices within Pakistan have been publicly questioning the CPEC’s economic benefits to Pakistan, pointing out that the virtual and real economic benefits accrue only to China.