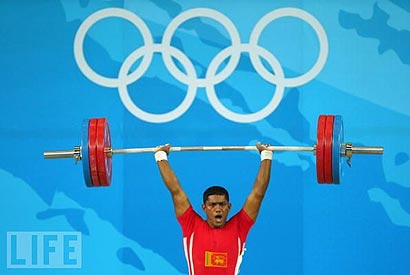 Vidanage representing North Central Province established a new Sri Lanka record while lifting an overall total of 306 points including 130 in the snatch category and 176 in the clean and jerk category while competing in the 77 kg weight class which shattered his own record. He was presented with one of the latest models in the Fiat automobile series by FIAT Sri Lanka.

This was the first time that an award of this nature was on offer while brand new motorbikes and laptop computers were also presented to the winners in different sporting events.