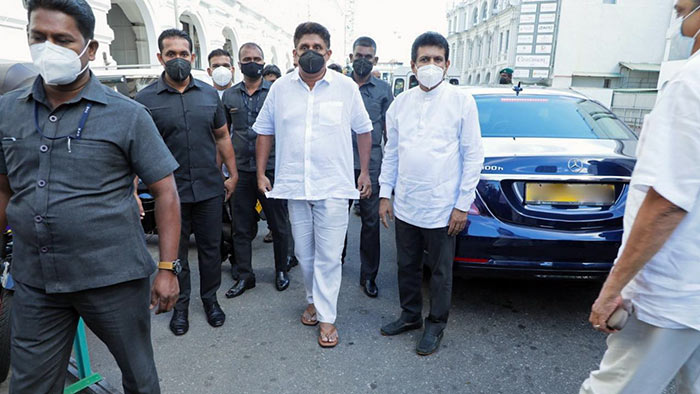 Opposition MP Ashok Abeysinghe yesterday gave a five-hour-long statement to the Criminal Investigation Department (CID) over the controversial comments he made recently regarding the Easter Sunday attacks at a public function.

MP Abeysinghe was summoned by the CID to record a statement last morning following complaints by several MPs regarding his controversial comments on Easter Sunday attacks.

Members of the Samagi Jana Balawegaya (SJB) led by Opposition Leader Sajith Premadasa escorted fellow MP Ashok Abeysinghe to the CID headquarters in a show of support for him.