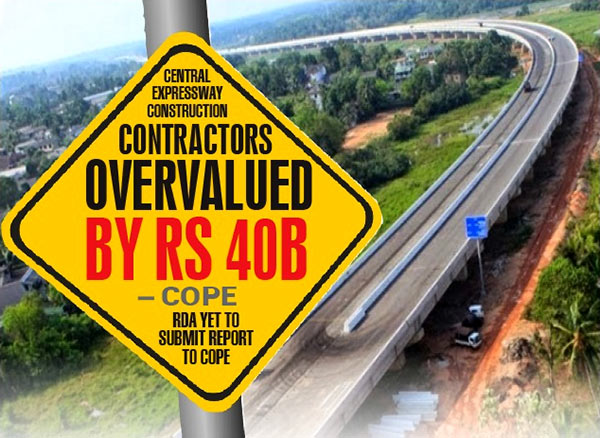 The cost of phases one and two of the Central Expressway had been overvalued by contractors by approximately Rs 40 billion, the First Report of the Committee on Public Enterprises (COPE) of the Third Session of the Eighth Parliament revealed yesterday (24).

The report, presented to the House by COPE Chairman Sunil Handunnetti, is for the period of 1 July 2017 to 30 September 2017.

Considering this, COPE has recommended that the Road Development Authority (RDA) submit a detailed report on the procurement process that has been undertaken in awarding contracts for the Central Expressway to both the Committee and the Auditor General. COPE also had requested the Auditor General to conduct an audit.

However, RDA failed to submit the requested report, even by 31 March 2018.