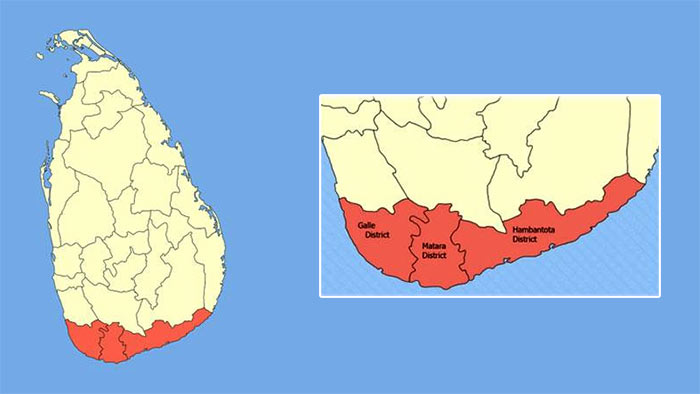 More than 630 COVID-19 cases had been detected in the Southern Province in Sri Lanka, the Provincial anti-COVID-19 coordination office said yesterday. Coordinating Officer Chamara Mahagamage said that by 8 am yesterday, a total of 639 had tested COVID-19 positive in the Province.

Sahabandu said:  “Health officers say we must impose restrictions on movement. But I know that the number of cases is decreasing. We can’t isolate areas and pay Rs. 5,000 per family. I told the relevant doctors that I would not impose these restrictions.”

Overall 392 cases were reported from Galle District, 199 from Matara and 48 from Hambantota. Out of those infected so far 258 have been cured. 2816 persons from 1541 families are undergoing self-isolation.