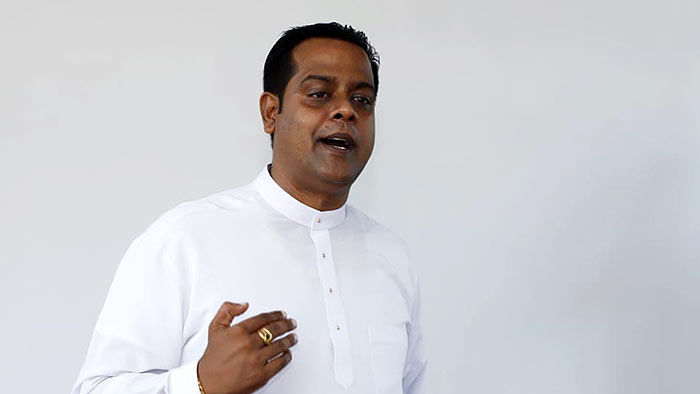 The Court of Appeal issued an order directing the Attorney General to draft contempt of court charges against State Minister Sanath Nishantha before January 17, 2023.

State Minister Sanath Nishantha was present before the Court of Appeal when the matter was taken up for hearing today (December 12).

Previously, three petitions had been filed by Attorneys-at-Law Priyalal Sirisena, Vijitha Kumara and the Judicial Officers’ Association, seeking charges against the state minister for contempt of court.

The petitioners say that State Minister Sanath Nishantha during a media briefing held in Battaramulla on the 23rd of August made a statement in relation to the arrest and release of protesters, and claimed, that amounts to a direct interference with due administration of justice.