Crash of economy has begun: UNP 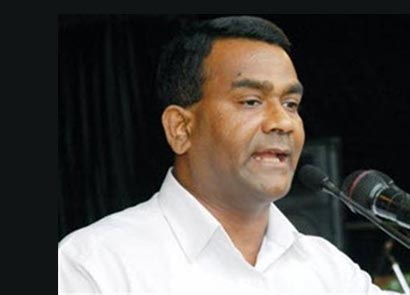 The main opposition UNP today warned that the collapse of the economy of the country had started with the passing of the ‘Revival of Underperforming Enterprises and Unutilised Assets Bill’ in Parliament.

UNP General Secretary Tissa Attanayake told a news conference today that the fall of the economy is imminent just like it had happened in Greece and Italy. He said draconian laws had resulted in the economic recession in those countries as well.

Mr. Attanayake said the UNP would begin protests against the Underperforming Enterprises and Unutilised Assets Bill when the party leader Ranil Wickremesinghe returns from abroad on November 17.

Referring to the upcoming budget, the UNP General Secretary said people had lost faith in it  because it had become a mere piece of paper as none of the policies put out in it  over the years have been implemented. “This has been visible after 2005,” he said.

Mr. Attanayake said the budget this year should be one which gives concessions to the people and a considerable salary hike for the public servants and for the private sector. However he said it is likely that it would be the same at it had been during the past years.

In the meantime he said the people will have to suffer the consequence of the wastage of funds that had taken place as a result of Sri Lanka trying to win the bid to host the next Commonwealth Games. Mr. Attanayake said Rs.400 million has been wasted for this. He charged that funds have been wasted because the government campaigned for the bid the way it is campaigning for an election in the country. “Banquets were held for the delegations of the voting nations at the final ballot held in the West Indies just like they are held for the voters here during an election,” he charged.

4 Responses to Crash of economy has begun: UNP