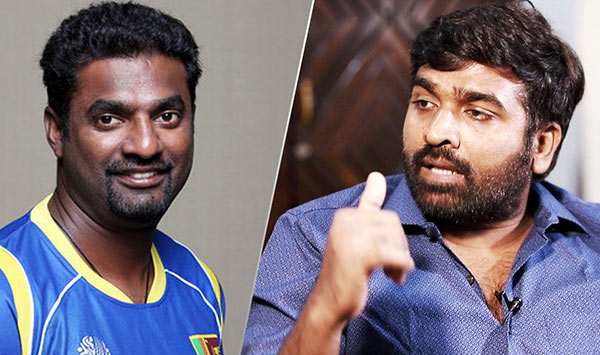 With 800 wickets in test match cricket and 534 in one day internationals, Muralitharan is the bowler with world records for the highest number of wickets in both versions of the sport. He retired in 2011 and is currently the mentor for the Sun Risers Hyderabad franchise in the Indian Premier League tournament, helping them to win the championship in 2016.

M.S. Sripathy (“Kanimozhi”) has co-written the film alongside acclaimed novelist Shehan Karunatilaka, author of “Chinaman: The Legend of Pradeep Mathew,” that won the 2012 Commonwealth Book Prize, and will direct.

The film will follow Muralitharan’s childhood playing cricket amidst sectarian violence in Sri Lanka, and how he evolved from being an excitable pace bowler into a difficult to play spinner. It will go on to reveal how, after being falsely labeled a cheat, he emerges as a true innovator of the modern game.

“We only see the ball spinning out of his hand, but it actually comes out of his soul. Many know Muthiah Muralidaran the bowler, I want to portray the person behind the legend,” Vijay Sethupathi told Variety.

“Everyone of us has our own battles to fight. Murali has faced more battles than most of us. I believe this story will instil hope.” M.S. Sripathy told Variety.

The film is a DAR Motion Pictures (“The Lunchbox,” “Ugly”) production alongside Movie Train Motion Pictures, a new company backed by Muralitharan, K. Shanmugham, the group CEO at Sun TV Network and CEO of the Sun Risers Hyderabad, and Sripathy.

“When they came to me to make a movie out of my life, the only reason I said yes was because people only knew the one person who broke many records on the cricket field. But they should know Muttiah Muralidaran is not just the one person,” Muralitharan told Variety.

“What attracted me to the film was the fact that this was not yet another sports biopic,” producer Vivek Rangachari of DAR told Variety. “There are so many interesting facets to Murali’s life (other) than cricket that excited us towards the project.”

As Muralitharan is of Tamil heritage, the film will primarily be in the Tamil language. It will also be dubbed in Telugu, Malayalam, Kannada, Hindi, Bengali and Sinhalese. An international version with English subtitles is also being planned.

The shoot, beginning in early 2021, will be spread over five schedules in India, Sri Lanka, the U.K and Australia.