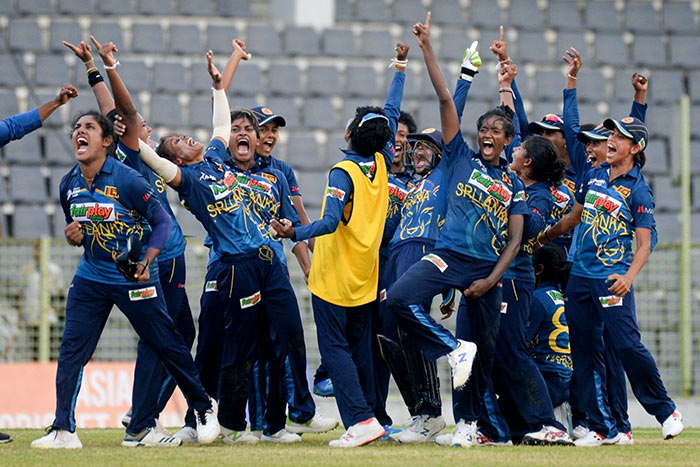 Sri Lanka’s players celebrate their victory at the end of the women’s Asia Cup 2022 semi-final cricket match between Pakistan and Sri Lanka at Sylhet International Stadium in Sylhet on October 13, 2022. (Photo by AFP)

Accordingly, Sri Lanka has booked a spot in the final alongside India.

The final will be played at the same venue on Saturday (October 15).

Left-arm spinner Inoka Ranaweera starred with the ball, bagging 2/17 in four overs to help Sri Lanka crawl back into the contest to defend 122/6.