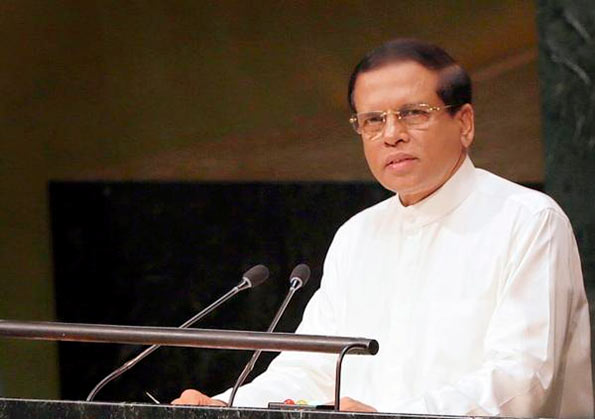 In this regard the President said, it was imperative that Sri Lanka adopts a new social, economic and political approach to rise up to the challenges of the 21st century and added in this connection, reconciliation receives priority attention.

President Sirisena said the new consensual government under his leadership has already taken several steps to introduce and operationalize constitutional and institutional reforms required to accelerate the achievement of these goals.

He also pointed out that the government intends to implement a new program and plan of action to advance human rights in Sri Lanka. Within the first six months, the President said his Government had introduced essential amendments to the Constitution in order to strengthen democracy in Sri Lanka.”These amendments have reinforced the foundations of good governance through institutional reforms that strengthened pluralism and democracy..

“With my personal intervention and facilitation, some of the executive powers vested in the Presidency were transferred to the Parliament and other independent institutions”. Following the General Elections in , the President said he was able to unite the two major political parties in the country to create an alliance for consensual governance in the country, changing the confrontational political culture that prevailed in the country for six decades.

Speaking of terrorism, the President said Sri Lanka succeeded in eliminating terrorism, which continues to throttle other developing countries from Asia to Africa and Latin America and Sri Lanka’s conflict and post-conflict experience can be shared with the rest of the developing world.In context to global development, President Sirisena said it is important to have a dialogue within the South as much as between the North and South.The President stressed that Sri Lanka as a country in the South can contribute immensely to nurture such South-South dialogue.