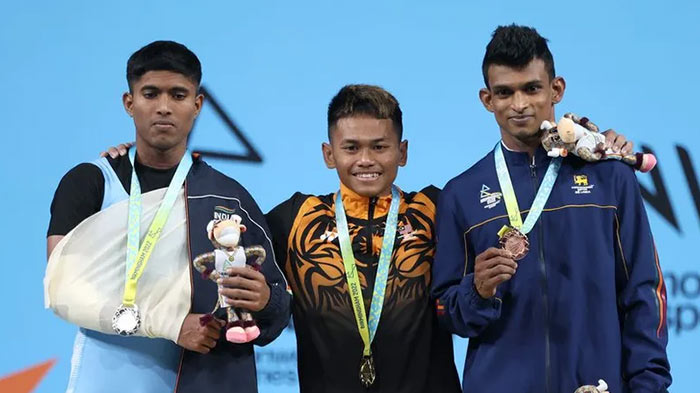 Finished behind Mohamad Aniq Bin Kasdan of Malaysia who won Gold, and India’s Sanket Sargar, the winner of the Silver medal.

Australia’s Kaylee McKeown won the heat with a time of 59.58 secs, with Senavirathne unable to qualify for the next round.