Dinesh suspended from Parliament for a week 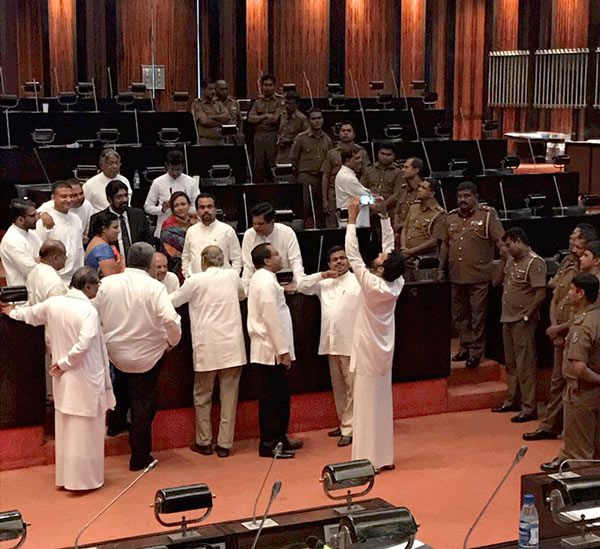 MP Dinesh Gunawardane had been suspended for one week today by Speaker Karu Jayasuriya due to unruly behaviour during the Parliamentary sessions.

The decision was taken by the Speaker following a vote.

During the vote, 85 members voted in favour, 22 against. Three members abstained. The TNA voted with the Government members, while JVP abstained. However, 114 members were absent.

The Speaker called the Police and Sergeant at Arms to remove the MP.

1 Response to Dinesh suspended from Parliament for a week