Dire warning from Water Board workers 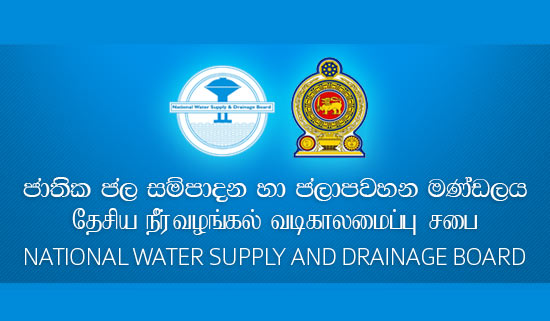 The National Water Supply and Drainage Board (NWSDB) employees currently engaged in trade union action threatened yesterday to cut down the countrywide water supply if the government failed to address their grievances.

They staged a token strike yesterday, demanding full bonus payment or any other acceptable solution.

The unionists demand that the authorities offer a solution by today (29) noon.

They recalled how water supply had been disrupted when they struck work in 1984 and 2003.

Convener of the Water Supply Trade Union Joint Alliance, Engineer Upali Ratnayake, said they would refrain from all services, except pumping, today, from 9.00am to 12.00 noon, as the authorities including the subject minister Rauff Hakeem were silent on the issue.

They kept away from overtime work and maintenance work during the weekend, in protest against curtailment of year end bonus payments.

Ratnayake said during their token strike yesterday repair, maintenance, issuing water bills or accepting payments had not been carried out.

He said their token strike had been successful, but there had been no positive response from the government.

“We also staged a demonstration opposition the NWSDB headquarters yesterday,” he said, adding that the union members had decided to boycott the overtime work and night duties from last night.

Ratnayake said that if the government continued to remain silent they would have to refrain from water purifying and pumping as well as drainage services countrywide as the next step of the agitation.

NWSDB General Manager, B. W. R. Balasuriya, contacted for comment, said though their employees were engaged in a trade union action they had not stopped the water supply so far.

He admitted that there was a delay in repairs and maintenance work due to employees refraining from overtime work, but they had managed to distribute water without any interruptions.

Balasuriya said they would sort out the problem before it would get worse.

2 Responses to Dire warning from Water Board workers