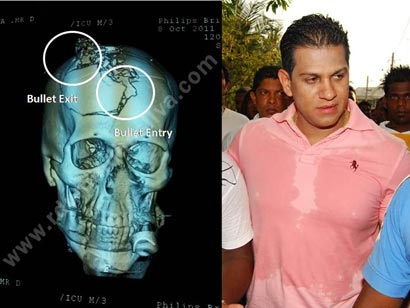 A statement made by Duminda Silva, who is being treated in the Mount Elizabeth Hospital in Singapore, was presented by the Crime Investigation Department (CID) in courts today.

The statement reads that Mr. Silva only remembered speaking to an election candidate in Tamilnadu Watte area earlier and then waking up in a hospital.

According to the Duminda Silva’s surgeon Dr. Keith, he needs to undergo two more surgeries to the head and hand.