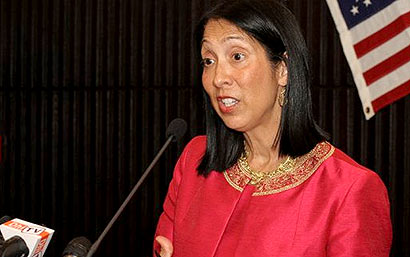 A United States diplomat has expressed alarm at a rising anti-Muslim campaign in Sri Lanka and warned that such sentiments should not be allowed to fester.

U.S. Ambassador to Sri Lanka Michele J. Sison spoke Monday to foreign correspondents based in Colombo. The comments follow months of hate speeches, vilification and even attacks on Muslim-owned businesses and places of worship by Sinhalese-Buddhist nationalist groups.

Sison also expressed concern over continued threats and attacks against local media nearly four years after the end of a civil war and the authorities’ inability to resolve the numerous killigs, abductions and assaults against journalists. (AP)