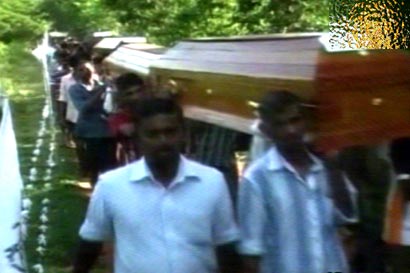 A family in Eppawala consisting of two children and their parents were found hacked to death at their residence on July 14 and the suspect in custody is said to be closely related to the family.

The victims were found dead in different sections inside the house and we can confirm that they were murdered by stabbing and slashing.