EU demands accountability for past violations in SL; US to justify anti-Lankan resolution today 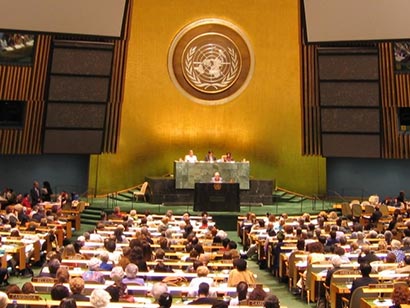 The EU yesterday backed UK’s demand that the GoSL take tangible measures to address accountability issues or face the consequences.

Addressing the United Nations Human Rights Council (UNHRC) on the third day of the ongoing sessions, Danish Foreign Minister Villy Sevndal issued the warning on behalf of the EU. Both UK and EU are backing a US sponsored resolution targeting Sri Lanka now expected to be moved towards the end of the sessions.

US Under Secretary of State for Civilian Security, Democracy and Human Rights Ms. Maria Otero is expected to reiterate the Obama administration move aimed at GoSL when she addresses the sessions today (March 1). Ms. Otero early this month visited Colombo along with Assistant Secretary Robert Blake and informed the US decision to move a resolution against Sri Lanka at the UNHRC.

The sessions, including the NGO segment will continue till March 23.

Minister Sevndal stressed that accountability for past violations should remain high on the UNHRC’s agenda. “Impunity for human rights violations is an unsolvable debt, which, if unaddressed, is transmitted through generations. No country, no society can afford this. This is true in the case of Sri Lanka, where accountability must be an essential part of any process of national reconciliation. We believe that the UNHRC should encourage the authorities to fully implement the recommendations of the Lessons Learnt and Reconciliation Commission, and to engage with the UN on the report on the UNSG’s Panel of Experts (PoE),” Sevndal said.

In line with the US strategy, the EU lashed out at Syria calling for urgent action to bring the crisis to an end and provide relief to the victims.

Atrocities committed by the US and its allies are expected to be raised on the sidelines of the ongoing 19th sessions of the United Nations Human Rights Council (UNHRC) when accountability issues in Iraq and Afghanistan come up at discussions organized by NGOs. Both the US and British forces are accused of large scale excesses in their battle against global terror as revealed by whistle-blowing website, Wiki Leaks and the international media.

One of the side events scheduled for March 20 would deal with the UN report on war crimes allegations against the Jewish state, sources said. The US rejected that report on Israel’s military excesses during the Dec 2008 to Jan 2009 war in the Gaza, where the Israelis had been accused of some 1,400 civilian deaths.

9 Responses to EU demands accountability for past violations in SL; US to justify anti-Lankan resolution today

Home » EU demands accountability for past violations in SL; US to justify anti-Lankan resolution today