EU parliament votes in favour of GSP+ for Sri Lanka 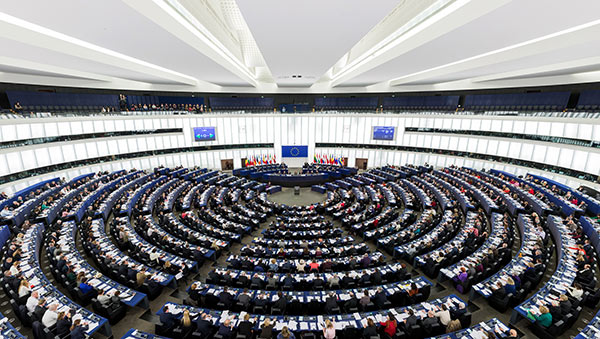 The European Parliament in Brussels voted in favour of Sri Lanka by a huge margin yesterday, paving the way for restoration of GSP Plus tariff concessions.

Diplomatic sources said that the crucial ballot was won with 436 Members of the European Parliament (MEP) defeating a resolution tabled by a group of MEPs against granting GSP Plus to Sri Lanka for its exports to the 28- member bloc due to what they called worryingly slow progress on key issues including human rights.

The votes in favour of the Resolution stood at 119, while 22 abstained.

The EU in February 2010 withdrew preferential tariff benefits to Sri Lanka due to what it described as failure to implement key human rights conventions.

The Resolution taken up at the Plenary Sessions of the EU Parliament on Thursday, stated that since January 2015, the Sirisena-Wickremesinghe government had taken some positive steps towards improving human rights including its decision to co-sponsor the Oct. 2015 United Nations Human Rights Council Resolution on Accountability Issues in Sri Lanka, but the reform efforts including those that directly related to the GSP Plust criteria did not fully comply with the International Covenant on Civil and Political Rights, Convention against Torture and Other Cruel, Inhuman or Degrading Treatment or Punishment and the Convention on the Elimination of Racial Discrimination.

The report of the Office of the UN High Commissioner for Human Rights on Sri Lanka dated February 10, 2017, concluded that the measures taken since October 2015, had been “inadequate to ensure real progress and the fulfillment of commitments has been worryingly slow” the Resolution added.