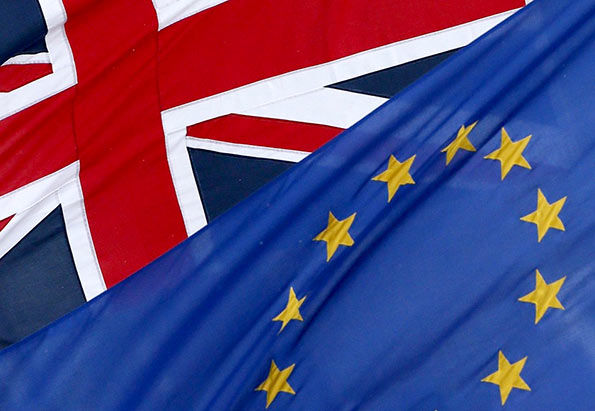 Britain’s bitterly contested referendum on whether to quit the European Union was too close to call on Friday as early results showed a deeply divided nation while the pound was hammered on financial markets.

Bookmakers adjusted their odds to reflect an even chance of a ‘Brexit’ as the Leave camp grabbed an early lead, before results from Glasgow and parts of London helped the Remain side to inch ahead as a nail-biting national count proceeded.

With results declared from 103 of 382 voting districts plus parts of Northern Ireland, Remain was ahead by 50.6 percent to 49.4 in the referendum, in which a vote to break with Europe could usher in deep uncertainty over trade and investment and fuel the rise of anti-EU movements across the continent.

Initial results suggested those in favor of quitting the EU were outperforming pollsters’ expectations. They scored close to 70 percent of the vote in Hartlepool in northeast England and in Basildon, near London.

It was not clear whether an expected pro-EU vote in the capital would be sufficient to redress the balance.

“I think this could be extremely close. There is a disaffected vote,” said John McDonnell, finance spokesman for the opposition Labour Party, which had favored a vote to Remain.

“People are concerned about how they have been treated with austerity and how their wages have been frozen for about seven years. A lots of people’s grievances have come out and we have got to start listening to them.”

Sterling swung wildly, initially rising on expectations of a Remain win but then tumbling by nearly 10 cents. It later trimmed some of its losses but was still three percent down on the day by 0200 GMT.

“Markets are very nervy at the moment,” said Joe Rundle, head of trading at ETX Capital in London. “If Leave wins there will be carnage for cable,” he said, referring to the sterling/dollar exchange rate.

Prime Minister David Cameron had urged Britons to vote Remain, warning that the alternative was a leap in the dark that would hurt trade and investment, bring about a self-inflicted recession, undermine the pound and push up shopping bills and the cost of holidays.

Advocates of going it alone said a ‘Brexit’ would invigorate the economy by freeing business from suffocating EU bureaucracy, and allow the country to recover its sovereignty and regain control of immigration.

Britain’s 27 EU partners are anxiously watching the vote, fearing the departure of the bloc’s second biggest economy would weaken Europe’s global clout and fuel the rise of eurosceptic movements in other countries.

Ralph Brinkhaus, a senior ally of German Chancellor Angela Merkel, told Reuters: “The released polls show the expected neck-and-neck race. It will remain exciting until the early morning hours. I hope that the British have decided against a Brexit,” Reuters reports.