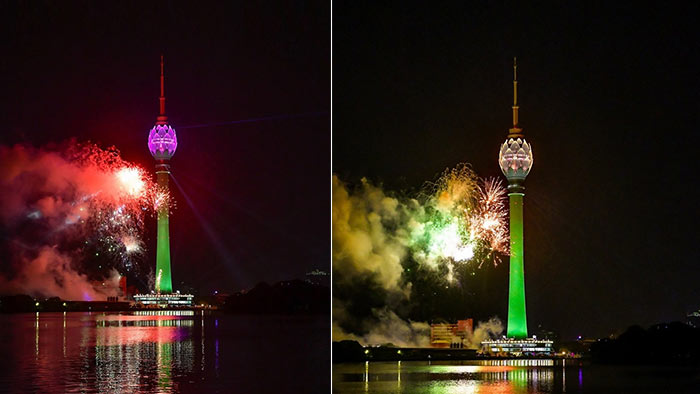 Former Director General of the Telecommunication Regulatory Commission (TRC) Anusha Palpita, yesterday, denied President Maithripala Sirisena’s allegation, on Monday, that Rs. 2 billion paid by the Sri Lankan government, in 2012, to Aerospace Long-March International Trade Co. Ltd (ALIT), China, for the construction of the Lotus Tower had disappeared from the books.

Palpita said that the construction of the Lotus Tower commenced in 2012 on the instructions of former President Mahinda Rajapaksa. China National Electronics Import and Export Corporation (CEIEC) and ALIT had been chosen as contractors with Cabinet approval.

“The tender board determined that the project would cost Sri Lanka USD 104.3 million. USD 15.45 million was to be paid by the TRC and USD 88.5 million was to be financed through an Exim bank loan. All this was approved by the Cabinet,” he said.

The government paid USD 15.45 million (around Rs. 2 billion) to CEIEC in 2012 as a mobilisation advance.

Palpita said that the money had been transferred to an account maintained by CEIEC at the Exim bank. All subsequent payments, too, were made to that account.

“ALIT was never paid anything. CEIEC had also given TRC an irrevocable demand bank guarantee for this advance. During later payments, based on the recommendations of professors at Moratuwa University, the initial advance was reduced. By 2018 the unused advance was USD 2.13 million. Due to continuous delays, Exim refused to finance the rest of the project and by then Exim had forwarded USD 67 million.”

Payments made since 2018 was made by the TRC.

On Monday, the President said: “The estimated cost of the tower was Rs. 19 billion. EXIM bank – China was to provide Rs. 16 billion. On January 03, 2012 the Telecommunication Regulatory Commission (TRC) signed a tripartite agreement with CEIEC and ALIT to construct the Tower. We paid Rs. 2 billion to ALIT but this sum is missing from records. In fact, ALIT is a fake company.”