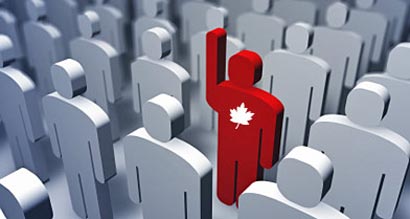 Tamil expatriate in Canada T S Swarnam expressed his strong displeasure over the nomination of Neethan Shan as the candidate of the New Democratic Party (NDP) in Scarborough Rouge River for the upcoming provincial election in Canada. He observed that Neethan Shan has been an active campaigner for the LTTE for more than a decade, which is a banned terrorist organization in Canada and elsewhere. He identified this move as an attempt by LTTE terrorist proxy elements to penetrate into Canadian politics, and is a threat to the future of the peace loving Canadian Tamil community in Ontario.

He revealed that Canadian Tamil citizens are concerned about the NDP’s decision. “Neethan Shan frequently appears on TV and radio talk shows that promote Tiger terrorist activities in Sri Lanka and Canada. He has participated in all Heroes Day celebrations and Black Tiger cerebrations in Toronto, which publicly glorify suicide terrorism and commemorate the deaths of terrorists,” he said.

The LTTE and its front organizations are banned in Canada since 2005. However Neethan Shan had publicly criticized the Canadian government for banning the World Tamil Movement and the terrorist outfit LTTE, accusing that banning them are actions against the Tamil community.

He also noted that during the peak of war when the LTTE was on the verge of defeat, thousands of civilians were forcibly brought to the streets of Toronto to disrupt the daily lives of others. Swarnam also noted that at this stage, Neethan Shan had appeared on TV and radio talk shows asking to show solidarity with the Tigers, stressing that they were fighting for the liberation of Tamils.

Swarnam also pointed out that Canada could learn a lesson from Norway which openly supported and nurtured the LTTE’s growth. “The recent twin terror suspect responsible for the devastating bomb blast in Central Oslo and the subsequent shooting rampage in an island resort that killed nearly 90 people referred to the LTTE as his role model,” he said.