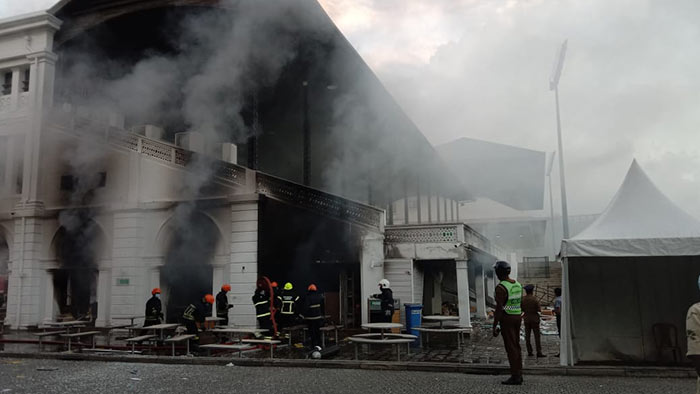 Police Spokesman said the blast took place at a restaurant owned by an international fast-food chain, located on the ground floor of the old Race Course building.

It is suspected that the explosion might have been due to a gas leak and the Colombo Municipal Council Fire Brigade and the police took steps to bring the fire under control, the spokesman said.

Two persons who were in the parking lot near the building were injured in the incident.

The Government Analyst is to inspect the site to ascertain the cause of the explosion, he further said.