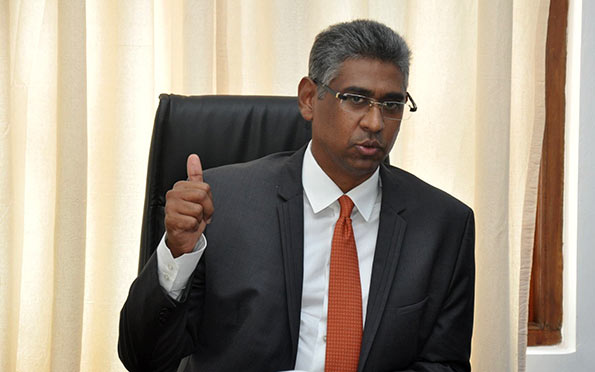 At a discussion held with the Secretaries’ forum of Recognised Political Parties, Minister of Provincial Councils and Local Government Faiszer Musthapha said that he does not work according to personal wishes of any political party or gang.

Addressing the gathering Minister Musthapha said, “I honour your idea that the democracy should be ensured in Local Government Elections. This Ministry does not have conflicts with anyone. You do not need to come; even if you informed me regarding this matter through a letter I will definitely take necessary actions. The cabinet subcommittee has already started amending the Local Authorities (Amendment) Act No 22 of 2012. I will direct your requests to them, and will call you for the next meeting of that committee. I will take responsibility of informing your requests to the Government. Both the processes of Inquiring appeals on delimitation issues and amending the Local Government (Amendment) Act, are parallel to each other. All these amendments need the cabinet approval.”

Secretaries of recognised political parties questioned the Minister about the delay in Local Government elections. Minister Musthapha said, “Different parties pressure me to hold Local Government elections soon. I am being criticised even in the Parliament on this matter. Some individuals make it a political platform to complain against me. SLFP as well as the UPFA ask me to hold elections soon. But as the Minister of Provincial Councils and Local Government, I will not work according to personal wishes of any political party or a gang. I am responsible for the general public. I make necessary decisions regarding delimitation even against my own party.

“It is illegal to hold Local Government elections without concluding the delimitation process properly. None of the political parties agree to hold elections on the delimitation report made using invisible powers by the former government. The committee had only to sign the report. No ideas were taken from public officers or political parties. Everyone will have to face a lot of issues if the elections are held with that report. So, if the final delimitation report is handed over to me by tomorrow, I will take immediate steps to hold elections.”