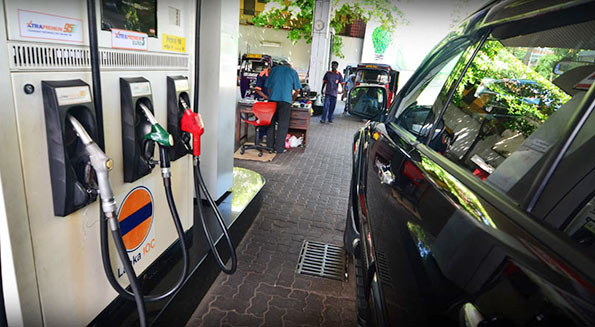 A malicious and scurrilous countrywide sms (short messaging service) campaign over mobile phones, by unknown unruly elements, led to panic buying of both petrol and diesel and long queues in the Kandy District last night.

There are enough petrol stocks countrywide. This is really malicious elements attempting to sabotage the CPC operation and embarrass the Government, Convenor of the Ceylon Petroleum Trade Union Collective Janaka Rajakaruna told Ceylon Today last night. There are enough stocks of petrol in the country where even the saboteurs could wallow in it, Rajakaruna said in disdain.

“There were some panicked motorists who have called me and also the Police and asked whether there was a shortage and a risk of non availability of stocks and I told them that there was enough petrol and diesel that they could bathe in it”, Rajakaruna said.

The message has also gone round Colombo as well and some people called me as well. But it is only in the Kandy District that there was panic buying last night, he said.

He also allayed fears of an imminent scarcity, claiming that there were two more fuel ships which were to dock in the Colombo Port soon.