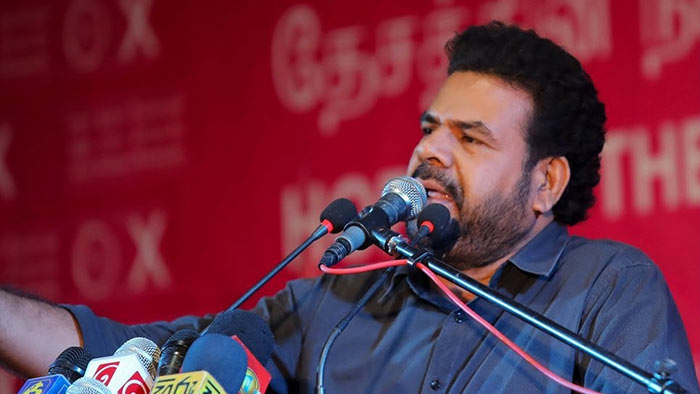 National organiser of the All Ceylon Peasants Federation (ACPF) Namal Karunaratne warned if the Government reneged on its promise to compensate farmers affected by the decision to introduce organic fertiliser in an ad hoc manner, then they will surround the residences of both the President and the subject Ministers.

He said instead of pointing fingers at the incensed farming community, who had been made to pay for the sins of crass politicians, the Government would do well to study the situation in depth and resolve the issue.

Karunaratne added that a recent crude remark made by Minister Mahindananda Aluthgamage that the Government will not compensate farmers, who had not consented to cultivate with carbonic fertiliser, will not go down well with farmers countrywide.

He warned that failure to compensate farmers for their affected cultivations promptly will force the Government to face the consequences before long.

Meanwhile, compensation will only be given following an evaluation for crop damage following the use of organic fertiliser provided by the Government, Aluthagamage said.

He said this at the opening ceremony of a new office of the National Fertiliser Secretariat.